Episode 6 begins on a peaceful and serene note as Yorick (Ben Schnetzer), Dr Mann (Diana Bang) and Agent 355 (Ashley Romans) come upon a candlelit vigil whilst a small choir sings an acapella version of Radiohead’s “Karma Police”. With one participant explaining to Yorick, they attend this ceremony each Sunday to honour and celebrate the lives of the men who have passed. This tranquil procession however would seem to act as the proverbial “calm before the storm” for the episode ahead. 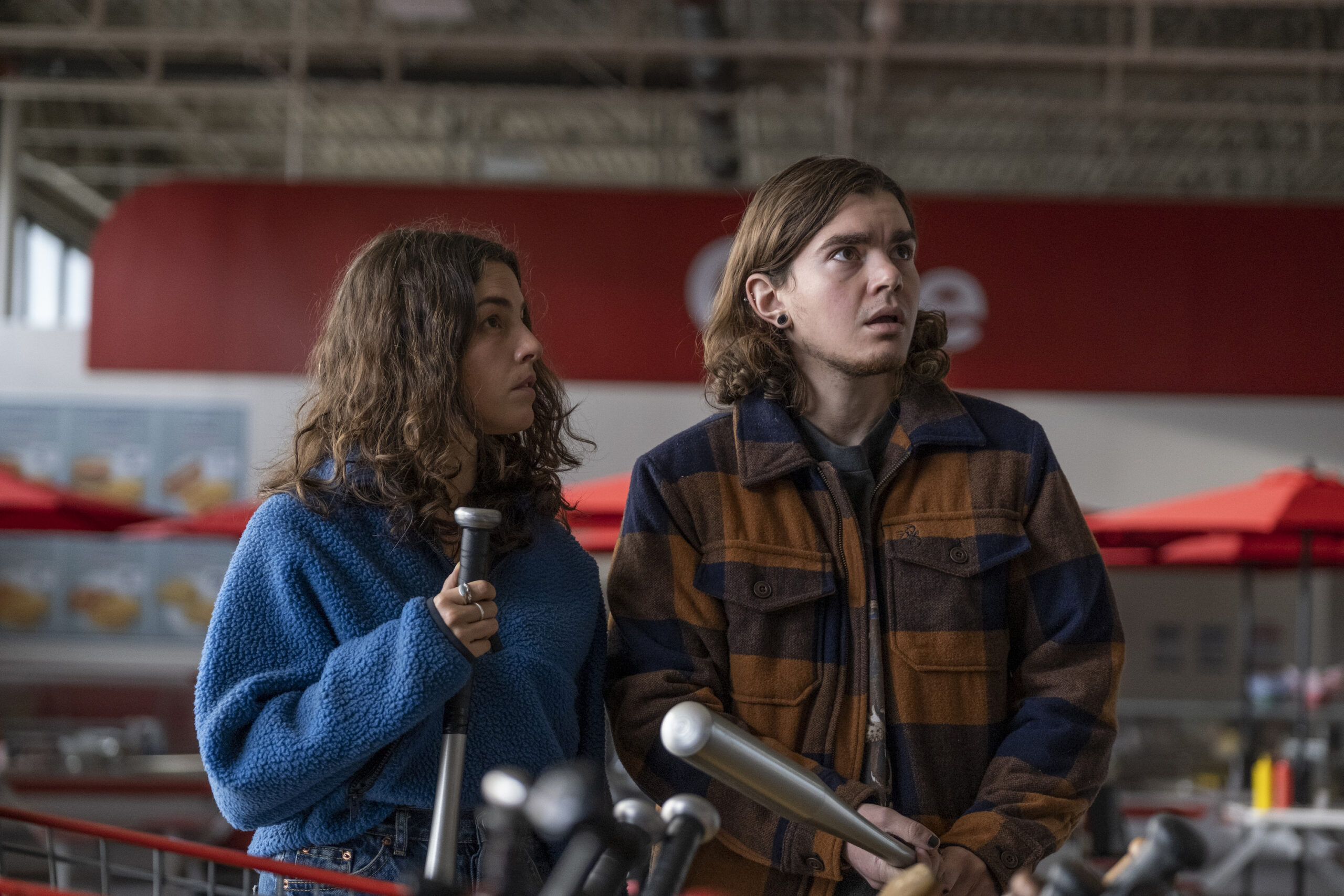 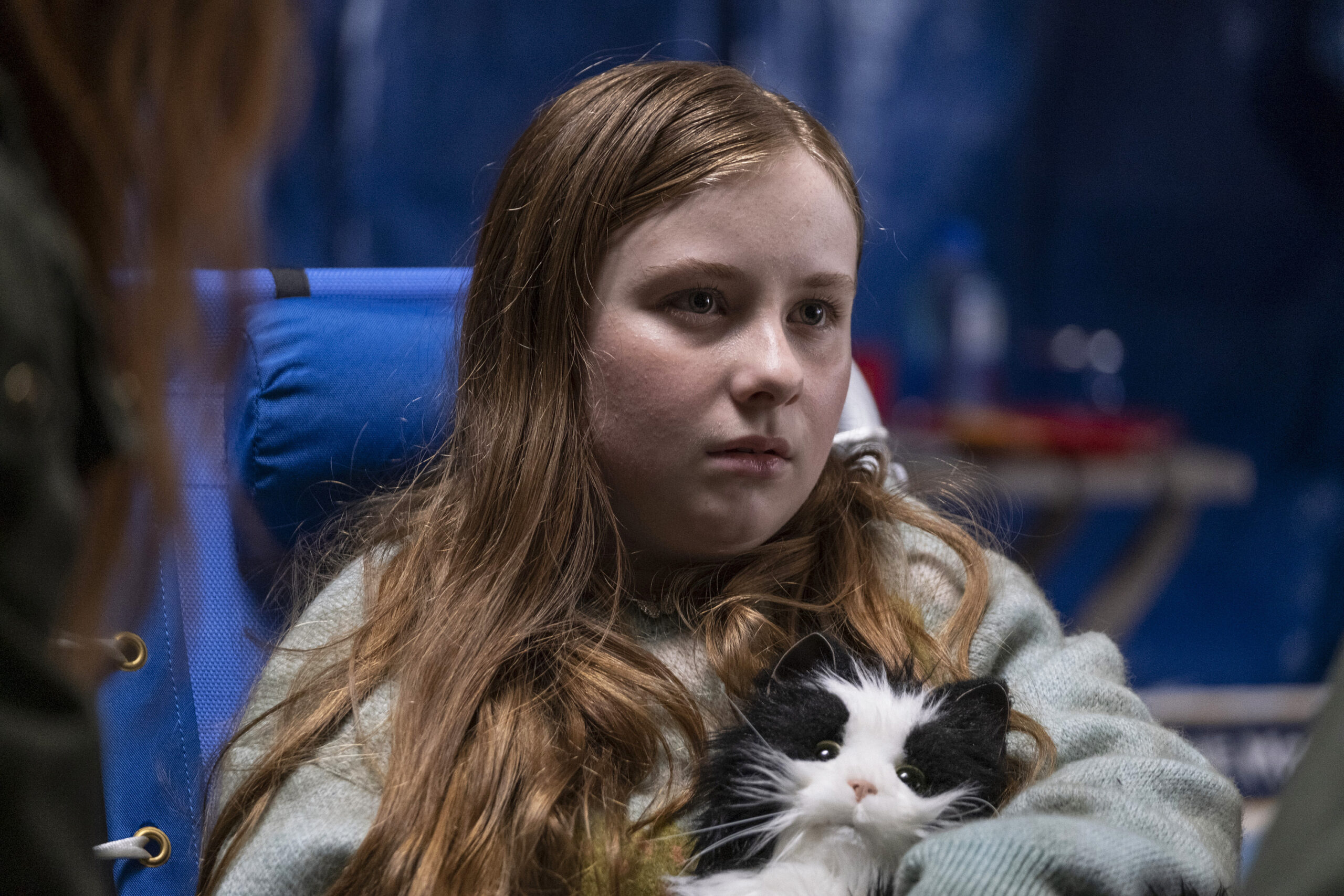 Three black-clad motorcyclists who have been pursuing our trio from Boston are close by, enquiring after Agent 355. As these spooks move in on the trio and hand out flyers, Yorick, Mann, and Agent 355 flee to a nearby abandoned church – in doing so Agent 355 swipes one of the flyers from their commander, realising that she is who they’re after. In the church, with Yorick demanding to know what is going on, Agent 355 explains that they have been followed since Boston and will take on these adversaries on her own to buy the group some time.

Jumping to the Hall of Heroes shrine, Kimberly (Amber Tamblyn) is continuing to stir the pot and orchestrate the overthrow of Jennifer (Diane Lane). As Kimberly and Regina (Jennifer Wigmore) bond over their right wing views, Kimberly says that she thinks Regina should be paraded as a feminist hero, with which Regina replies “Feminism only applies to liberals.”. As they discuss further, Regina laments that President Brown’s position is strengthened by having the “establishment sorority” on her side. Kimberly suggests that Jennifer might not be so invincible after all. Surreptitiously sewing the seed for an insidious power struggle between Regina and Jennifer. 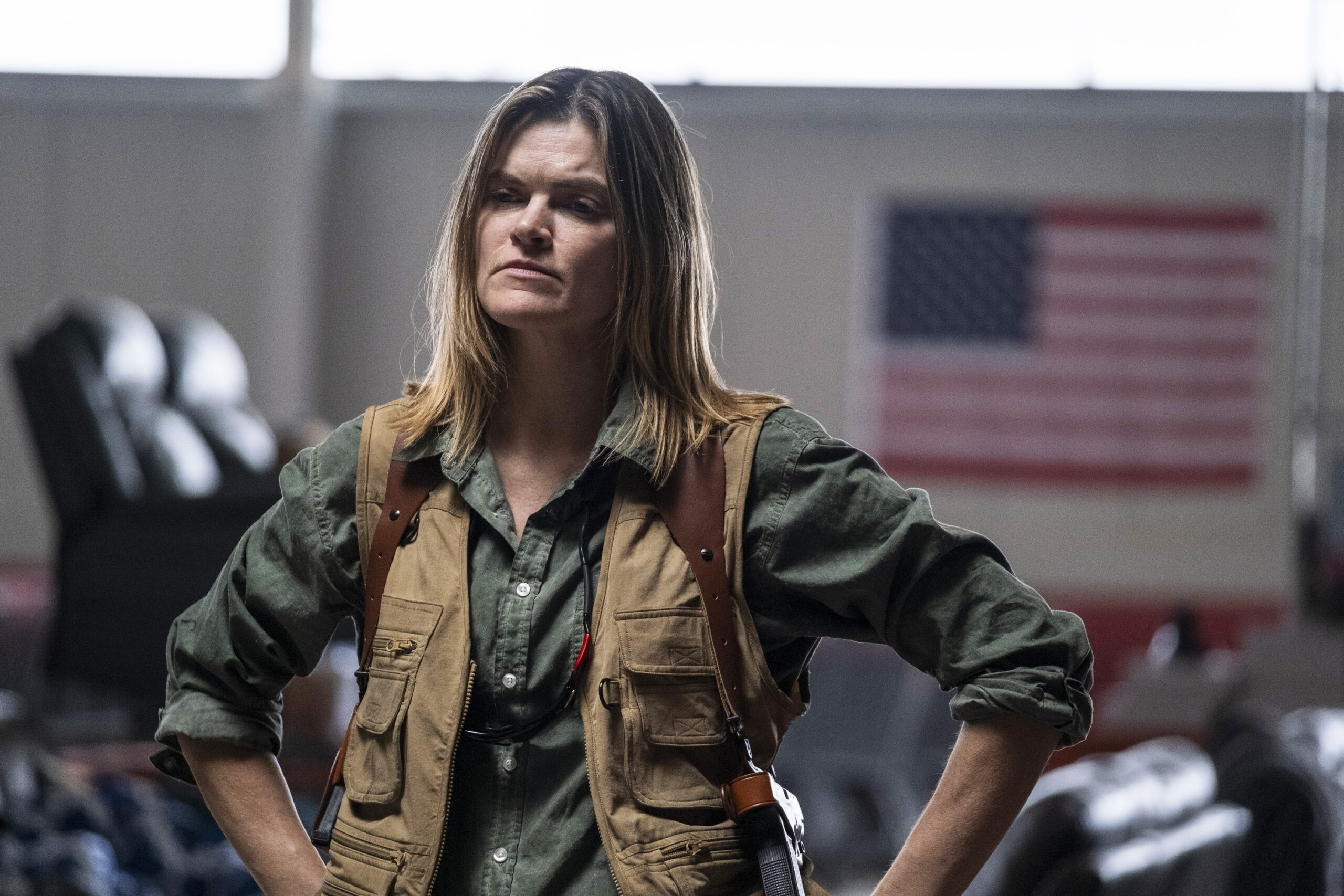 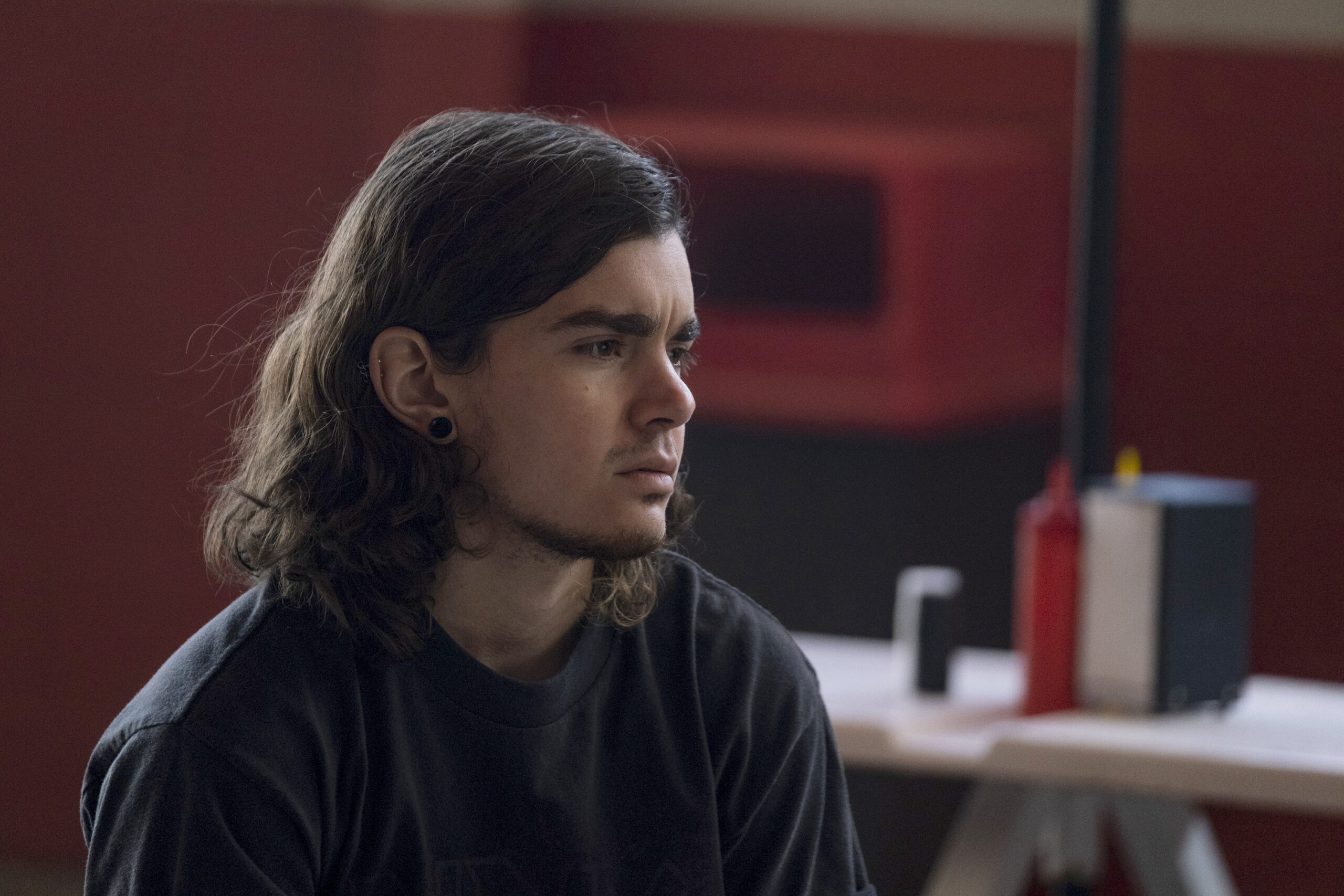 Meanwhile Hero (Olivia Thirlby) and Sam (Elliot Fletcher) are getting to grips with the ruthless Roxanne (Missi Pyle) and her “Amazon” acolytes. Hero is still wary of the rebel group and their intentions, watching on with Sam and Nora (Marin Ireland) (who was earlier unsettled by a “support group” led by Roxanne discussing their grievances with men) as an unthreatening family arrive at the perimeter of their base seeking refuge. Armed and prepared for intruders, Roxanne and her followers callously turn them away. Later Hero & Sam, witness a “baptism” of sorts for one of the “Amazon’s” new members. Sam runs away from this eery scene, but Hero stays, enthralled and intrigued.

Back to our trio, as Agent 355 prepares for the oncoming siege from the pursuing agents, Yorick refuses Mann’s request to flee with her to San Francisco and leave Agent 355 behind. Over at The Pentagon, President Brown is brought up to speed by General Reed (Yanna McIntosh) and Regina, revealing that the agents pursuing Yorick and co. are in direct communication with the president and listening in live on the operation. As the agents move in, Yorick and Mann flee into the woods. Agent 355 and Mann work together to take out their opponents. However one soldier manages to get a good look at Yorick. Lying about spotting Yorick, Agent 355 decides not to kill her. They’re alive but all is still far from well with Agent 355 furious at Yorick for attempting to flee. As they walk off Agent 355 stomps on one of the agents walkie talkie’s, ceasing communication with Jennifer and Regina. Back at The Pentagon – with the mission a failure – Regina and Jennifer have it out, setting up a big power struggle between the two to come. 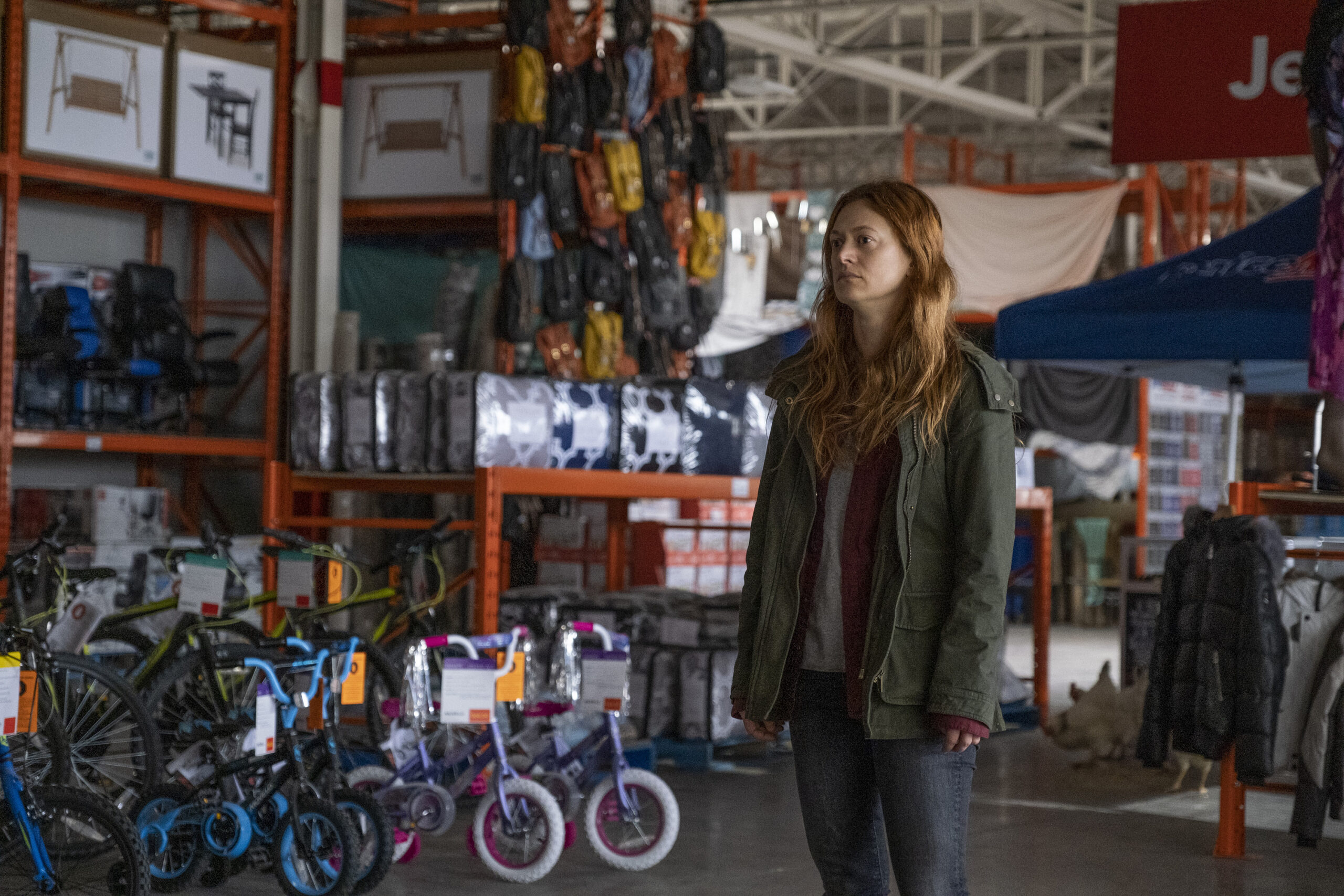 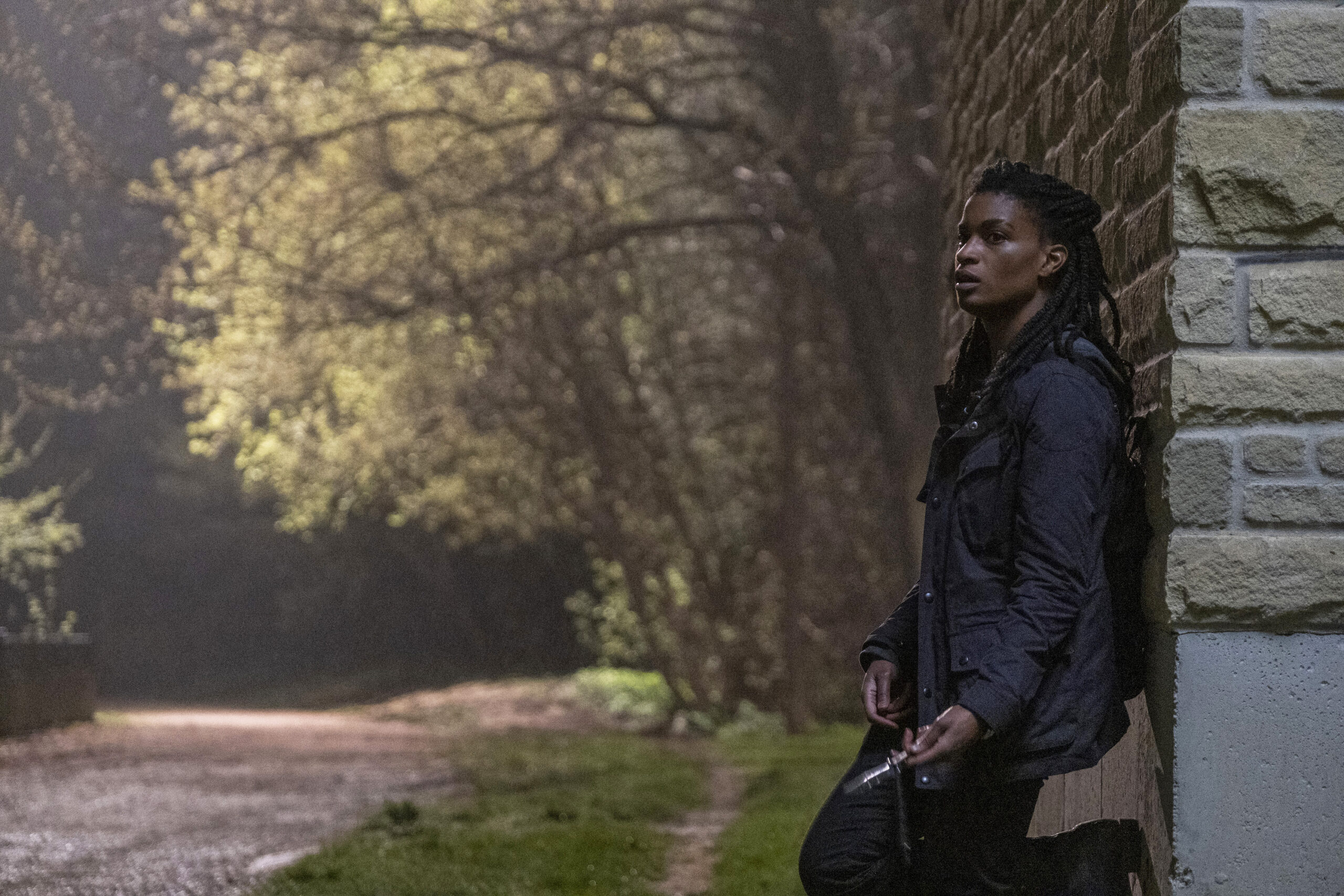 As Hero is sat outside, gazing at the stars and contemplating her and Sam’s future. Roxanne sits down beside her, expressing everyone’s affinity for Hero and desire for her to stay. Hero expresses her insecurities, confessing to murdering Mike to Roxanne. Roxanne, unfazed, promises Hero that if she stays with the group, she can be whomever she wants to be.

The episode ends with Nora woken by crying heard down the corridors. As she explores the source of the noise, Nora spots Laura (Jayli Wolf) and two others confronting Kelsey (Samantha Brown) for her disloyalty to the group. Laura spots and looks over at Nora, shooting her an unsettling smile before the trio viciously beat Kelsey.

TX Credit: Episodes 1-6 of Y: The Last Man are available on Disney+ now. With remaining episodes 7-10 releasing weekly each Wednesday. 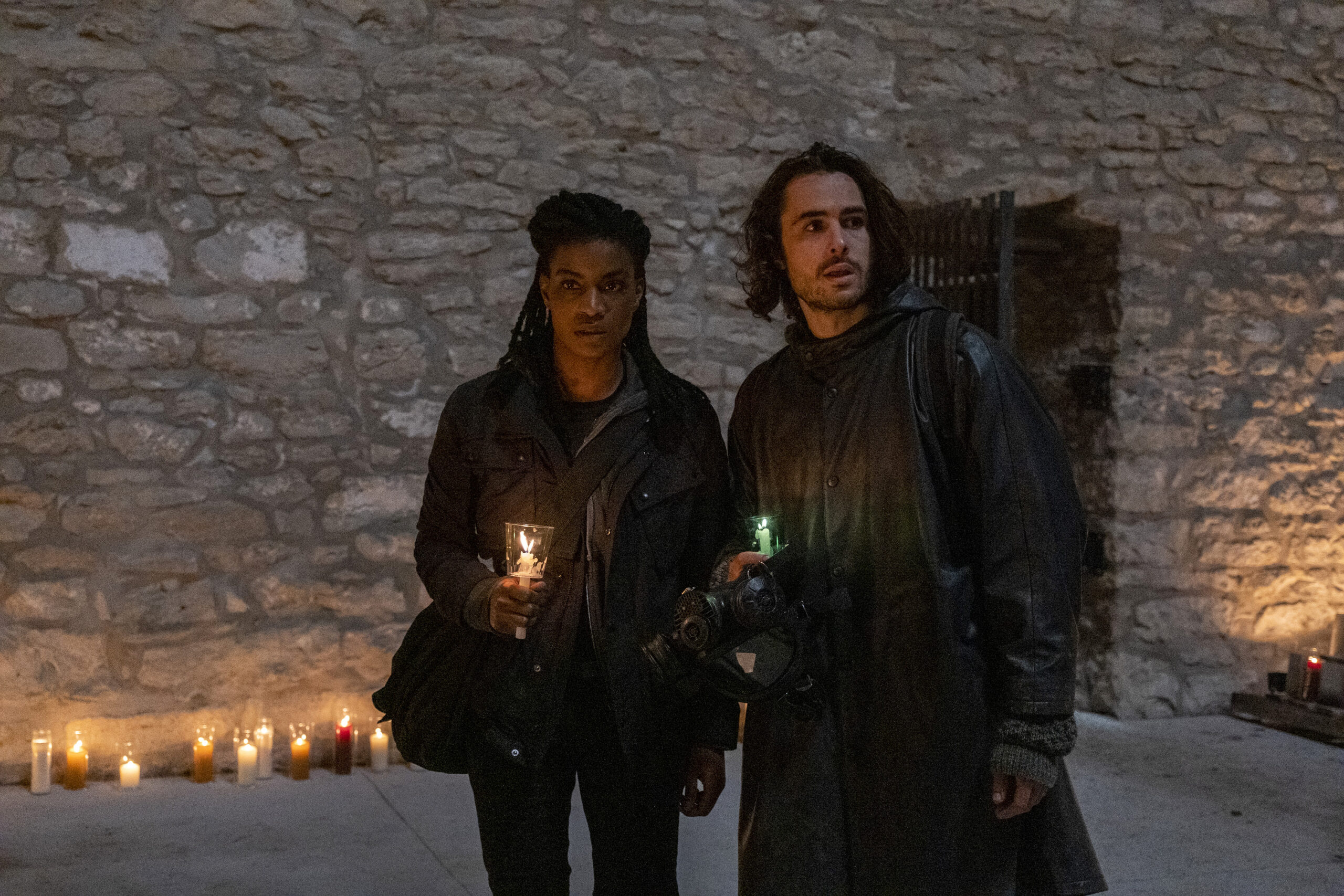 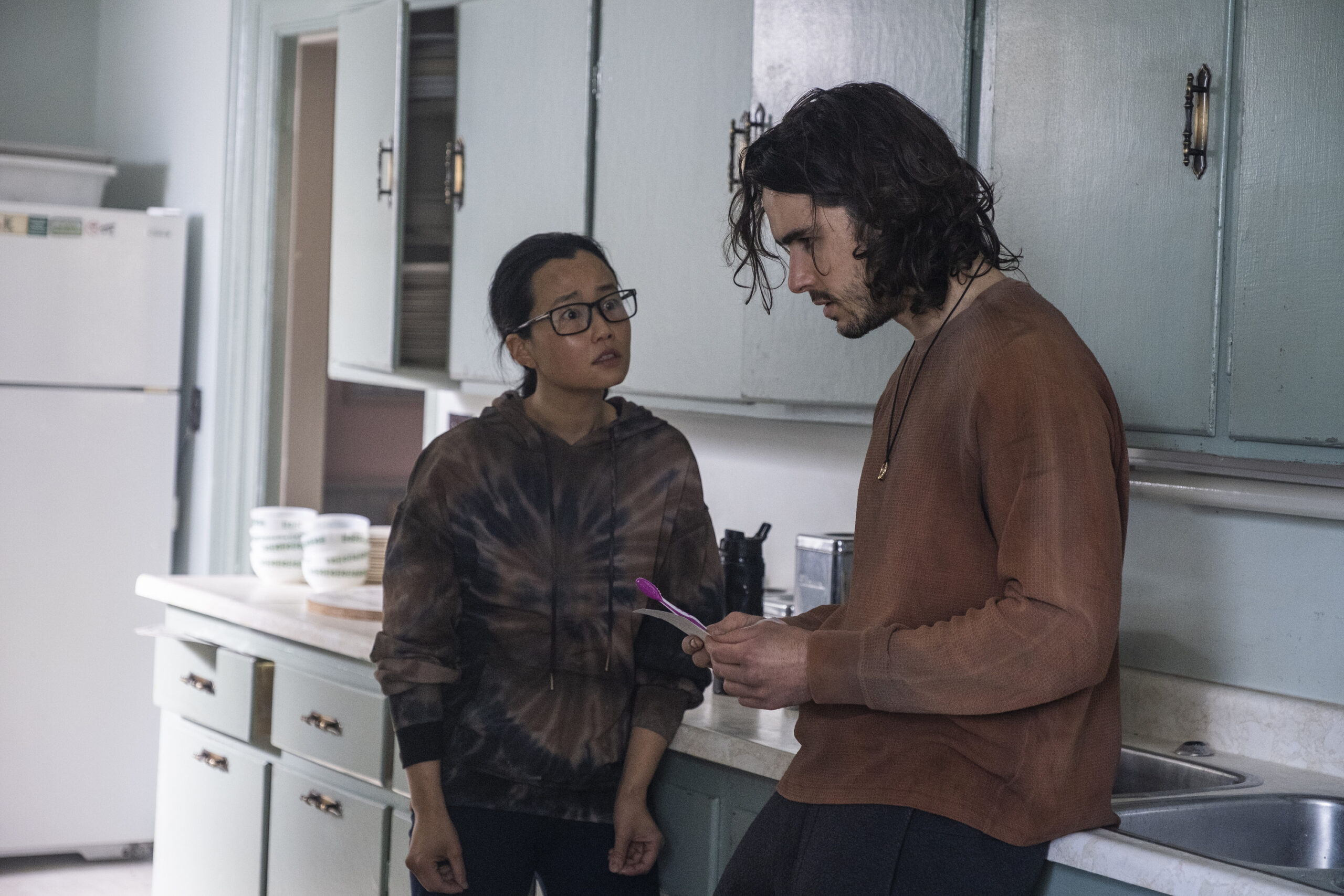