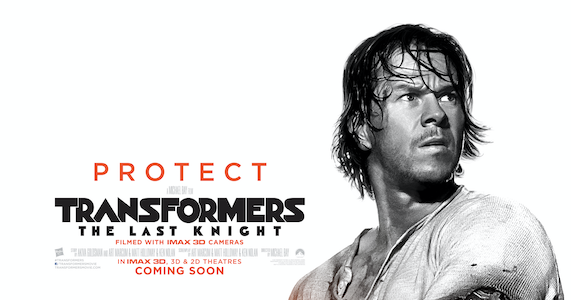 Explosions Galore In The New Transformers: The Last Knight Trailer

If there’s one thing Michael Bay knows how to do it’s explosions, and if the new Transformers: The Last Knight trailer is anything to...

If there’s one thing Michael Bay knows how to do it’s explosions, and if the new Transformers: The Last Knight trailer is anything to go by then it looks like his last foray into the saga is going to be the most explosive yet!

Packed full of some new glimpses at what we can expect from the upcoming blockbuster, as well as some footage we’ve seen in previous trailers, this is how you sell a movie and then some. Filmed with 3D IMAX cameras you can guarantee that the visuals will be simply stunning and something truly special.

The Last Knight shatters the core myths of the Transformers franchise, and redefines what it means to be a hero.  Humans and Transformers are at war, Optimus Prime is gone. The key to saving our future lies buried in the secrets of the past, in the hidden history of Transformers on Earth. Saving our world falls upon the shoulders of an unlikely alliance: Cade Yeager (Mark Wahlberg); Bumblebee; an English Lord (Sir Anthony Hopkins); and an Oxford Professor (Laura Haddock).

There comes a moment in everyone’s life when we are called upon to make a difference. In Transformers: The Last Knight, the hunted will become heroes. Heroes will become villains. Only one world will survive: theirs, or ours.

Transformers: The Last Knight is released in UK cinemas on 22nd June.