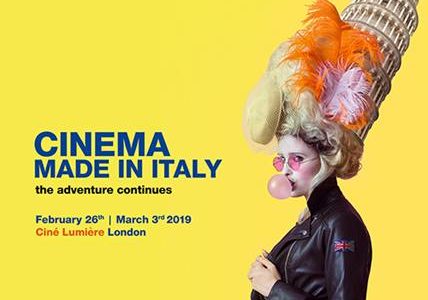 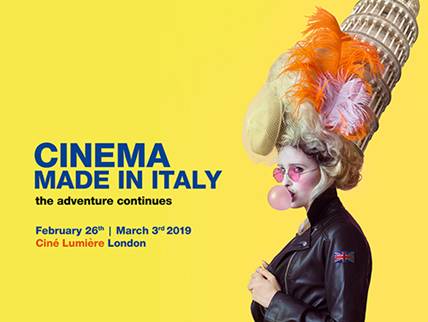 Toni Servillo in Loro The ninth edition of CINEMA MADE IN ITALY will launch at the Ciné Lumière in South Kensington on Tuesday 26th... 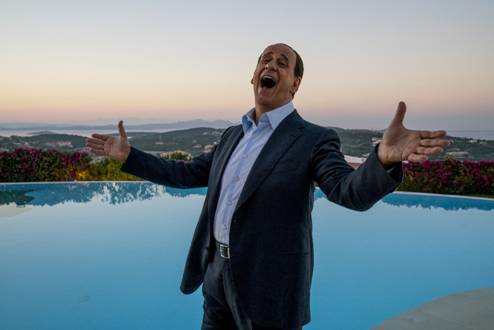 The ninth edition of CINEMA MADE IN ITALY will launch at the Ciné Lumière in South Kensington on Tuesday 26th February. Filmitalia is delighted to confirm the attendance of the following filmmakers, who will be available for press interviews:

SCREENING PROGRAMME – CINEMA MADE IN ITALY 2019

LINE-UP FOR CINEMA MADE IN ITALY 2019

Matteo and Ettore are two brothers who could not be more different. Whereas Matteo is a successful entrepreneur leading a decadent lifestyle in central Rome, Ettore is a down-to-earth teacher in their provincial hometown. When Matteo learns that his brother has an incurable brain tumour, he immediately goes to fetch him, and insists that he stays with him in his glitzy apartment, a world apart from the surroundings Ettore is accustomed to. Unaware of just how ill he is, Ettore finds it hard to accept his younger brother’s well meaning help and fit in with his hedonistic lifestyle. Screening in Un Certain Regard in Cannes last year, Euforia features excellent central performance and offers moments of tenderness at times interspersed with humour, all the while examining the trials and tribulations of brotherly love.

“A beautifully realised and clever romance, imaginatively told by director Valerio Mieli through the memories of two lovers” – Adrian Wootton (Programmer – Cinema Made in Italy)

Ricordi? is the follow-up to Valerio Mieli’s highly acclaimed Ten Winters, which won numerous Best First Film awards. Luca Marinelli and Linda Caridi are perfectly cast as a young couple grappling with the ups and downs of a modern love affair. A story of young love lost, told using the sophisticated intercutting of past, present and future events and recollections. Slow motion, superimposed images and constant back and forth editing, convey a sense of the fluidity of time and the fleeting nature of memory.

“Whimsical, amusing and affecting eco-fable about a surveyor (played wonderfully as ever by Alba Rohrwacher) whose strange visions make her question her latest project” – Adrian Wootton (Programmer – Cinema Made in Italy)

Single working mother Lucia is trying to find the right balance between life with her teenage daughter, a complicated romance, and her career as a land surveyor. Lucia’s future is jeopardized when she realises that an ambitious new building project will be environmentally dangerous due to the council’s inaccurate maps of the area. As she is pondering whether to voice her objections or remain forever silent a mysterious woman appears, claiming to be the Madonna. She endeavours to convince Lucia to stand up to her superiors, saying that the only solution would be to build a church on the site. Lucia’s Grace provides a strong showcase for the range of Alba Rohrwacher’s talent, who once again shines in this sun-dappled comedy which closed Directors’ Fortnight at the 2018 Cannes International Film Festival.

“Wryly funny, nicely observed comedy of manners about a man who becomes the unwelcome lodger of a succession of family and friends” – Adrian Wootton (Programmer – Cinema Made in Italy)

Having received a Special Mention at the 2014 Venice International Film Festival for his debut film Short Skin, Duccio Chiarini returns with a highly entertaining dramedy. Guido (Daniele Parisi) is a 38-year-old academic who is completing a book on Italo Calvino, which he seems to have been working on forever. When Guido’s girlfriend (Silvia D’Amico) tells him she is having doubts about their relationship, he is forced to move out of his comfort zone.  Unable to be alone, he surfs from one couch to the next, witnessing the everyday lives of his friends and family and their various romantic tribulations, desperately seeking the roots for a new beginning. The Guest offers a perceptive insight into how today’s generation of people in their late 30s and early 40s are afraid of commitment, and even decision-making in general.

The whole world is thrown into turmoil when word starts spreading that an anonymous Sardinian has laid claim to the moon. The Italian Intelligence set about selecting a secret agent who they can dispatch to the island to investigate. Although the Sardinian-born paratrooper Kevin Pirelli (Jacopo Cullin) is deemed a suitable candidate, he has been away from his homeland for far too long and needs to be taught the ins and outs of Sardinia’s customs and mannerisms. Expat Badore (Benito Ugo) is just the man for the job, and the pair strike up a rapport which is as comical as it is endearing in their quest to get to the bottom of this outlandish mystery.

“A dissolute musician’s embarkation on a rollercoaster dysfunctional romance is the basis for this terrific drama from Perfidia Director Bonifacio Angius, which packs real emotional punch” – Adrian Wootton (Programmer – Cinema Made in Italy)

Alessandro (Alessandro Gazale) is a fifty something singer with a drinking problem, who has never left home. When his mother refuses to lend him yet more money, he loses it. He has a mental breakdown and is taken to hospital, where he meets Francesca (Francesca Niedda), a young mother with drug issues. Alessandro instantly falls for her and makes it his mission to help Francesca reclaim her five-year-old son who has been into care. Together they set off on a spontaneous road trip full of exuberance, despair, bitterness and irony.

On the night of an unfortunate football defeat the renowned film producer Leandro Saponaro is found dead in the River Tiber. The main suspects are three young aspiring screenwriters, who were the last people to see the producer alive that night. They are summoned to the police station to spill the beans, and soon their far-fetched tales bring to life the bygone era of the golden years of Italian cinema. In this black comedy Paolo Virzì takes us on a tumultuous, emotional and ironic journey through the chaotic streets of Rome. Magical Nights was the closing night film at the 13th Rome International Film Festival.

Adapted from a novel by Alberto Moravia, this gripping, edgy thriller shows the late Italian maestro at his peak. Set in 1938, it tells the story of an aristocratic would-be fascist who is sent to Paris to murder his former, anti-fascist philosophy tutor. Jean-Louis Tritignant is supremely sinister in the role of Marcello Clerici, whose demeanour is an eternal reminder of the banality of evil. It was an instant hit when it was released in 1970, and some say it is one of the most poetic and influential films ever made, beloved by film-makers the world over.

“A sparky, moving rock’n’roll story of a fiery mother (singer) and son (songwriter) relationship is an impressive debut feature by Letizia Lamartire” – Adrian Wootton (Programmer – Cinema Made in Italy)

In the early nineties 18-year-old Isabella (Barbora Bobulova) released an album which became an instant hit, and it was all over the radio and TV for an entire summer. Her fame was short-lived…. fast forward 20 years and Isabella is still singing the same old tunes which once made her famous in small town bars, now accompanied by her young son Bruno (Alessandro Piavani), who writes songs and plays the guitar. Bruno and Isabella seem more like brother and sister than mother and son and the two are inseparable, sharing a ramshackle but happy life of unpaid bills and midnight strolls around the city. The connection is broken however when Bruno meets Arianna (Federica Sabatini), a hip rock chick who asks him to join her band. Light touches of comedy and music document the reluctant but inevitable separation between mother and son, which has its fair share of painful moments, just like the end of any other love story.