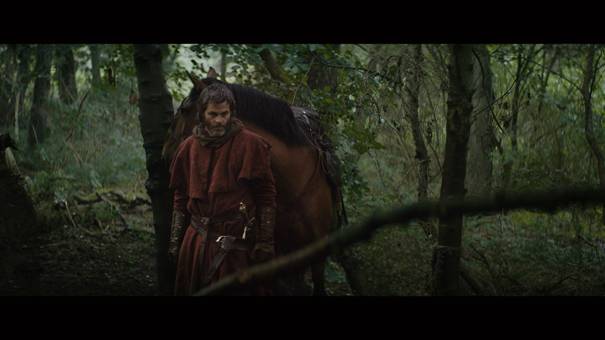 Netflix announced that principal photography has begun in the UK on director David Mackenzie’s Outlaw King.  An epic, period drama about the legendary King...

The screenplay written by Mackenzie (Young Adam), Bash Doran (Boardwalk Empire), James MacInnes, Mark Bomback and renowned Scottish playwright David Harrower takes place over the extraordinary historic year when Robert the Bruce fights to regain control having been crowned King of Scots, only to be defeated in a surprise attack and made an outlaw by the English King and his occupying forces.

“I am so happy to have the opportunity to dig deep into the story of Robert the Bruce and to discover some of the truths that often get obscured by legend.  This is my sixth feature film shot in Scotland and autumn is my favourite time of year to shoot so I am excited to bring this film to light in the beautiful Scottish elements – come rain, shine, storm or snow.  I am proud that our little Glasgow based production company, Sigma films, has been able to make this film and thank Netflix for letting us do it.” commented director David Mackenzie.

He continued: “I am also delighted that Chris Pine, with whom I had a great time on our last film, has joined our Scottish and international cast and crew including the excellent Aaron Taylor-Johnson and the exciting emerging talent of Florence Pugh and Billy Howle. I know Chris will bring intensity and flair to Robert the Bruce and his struggle to take back his country, being crowned King of Scots, then suffering a disastrous defeat and left on the run with just a handful of supporters only to claw his way, with bravery and cunning, back to victory.   This was an early form of guerilla warfare against the might of a vastly bigger better resourced enemy and is one of the great comeback stories of history.”

“David’s talent as a filmmaker and storyteller is undeniable. We are excited to be working with him on a project of this scale bringing such a powerful story to life.” said Netflix’s  Scott Stuber. “We believe in the universality of this David and Goliath tale, and that it will be enjoyed and appreciated by audiences all over the world.”