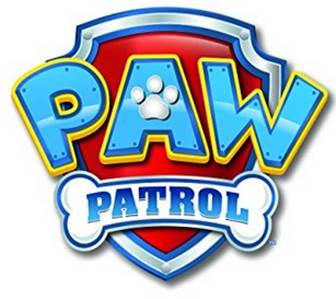 First Trailer For Much Anticipated Upcoming Title PAW Patrol: On A Roll, Available on 26th October, 2018

No job is too big, no pup is too small! First gameplay footage of PAW Patrol: On A Rollunveiled Pre-orders are now open for...

No job is too big, no pup is too small! First gameplay footage of PAW Patrol: On A Rollunveiled

Pre-orders are now open for PlayStation®4, Xbox One, Nintendo Switch™ and PC

27th September, 2018 – Richmond, UK: Bandai Namco Entertainment Europe and Outright Games are proud to unveil the first trailer for the much anticipated upcoming title PAW Patrol: On A Roll, based on Nickelodeon and Spin Master Entertainment’s hit animated preschool series. PAW Patrol: On A Roll will be available on 26th October, 2018 for PlayStation® 4, Xbox One, Nintendo Switch™ and PC.

PAW Patrol: On A Roll includes 16 daring adventures featuring all eight of the beloved heroic rescue pups and Ryder. Players use each pup’s unique abilities to rescue friends and keep their community safe. Eight awesome Adventure Bay locations to play in including Farmer Yumi’s Farm, Jake’s Mountain, a desert canyon, under the waves and more. Get ready for fun puzzle-platforming action with all the pups of the PAW Patrol that is PAWfect for kids of all ages.

PAW Patrol: On a Roll will release on 26th October, 2018 for PlayStation® 4, Xbox One, Nintendo Switch™ and PC. The game is available to Pre-order now!

Nickelodeon, now in its 39th year, is the number-one entertainment brand for kids. It has built a diverse, global business by putting kids first in everything it does. The company includes television programming and production in the United States and around the world, plus consumer products, digital, recreation, books and feature films. Nickelodeon is one of the most globally recognized and widely distributed multimedia entertainment brands for kids and family, with 1.2 billion cumulative subscriptions in more than 500 million households across 170+ countries and territories, via more than 100+ locally programmed channels and branded blocks. Outside of the United States, Nickelodeon is part of Viacom International Media Networks, a division of Viacom Inc. (NASDAQ: VIAB, VIA), one of the world’s leading creators of programming and content across all media platforms. For more information or artwork, visit http://www.nickpress.com. Nickelodeon and all related titles, characters and logos are trademarks of Viacom Inc.

Founded in 2016, and based in the UK and US, Outright Games is a family business making family entertainment. We are passionate about creating great games with quality licenses, as we understand the value of brands, and the relationships they share with consumers. We use our expertise to create high-quality video games, combined with our ability to distribute on a global scale. Wherever the Outright Games logo is found, you can feel assured that the game will be suitable and fun for the whole family to play together.

“PlayStation” is a registered trademark of Sony Interactive Entertainment Inc.

© 2017 Nintendo. Nintendo Switch and Joy-Con are trademarks of Nintendo.