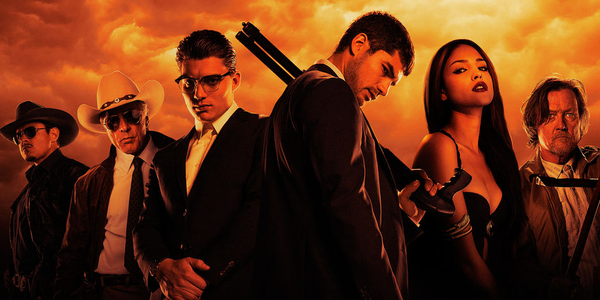 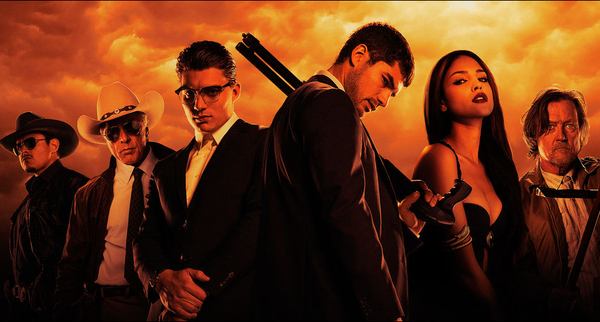 From Dusk Till Dawn – The Movie, The Series & The Game

From Dusk Till Dawn is an action-horror flick which was directed by Robert Rodriguez and screenwritted by Quentin Tarantino. Tarantino also starts with George...

From Dusk Till Dawn is an action-horror flick which was directed by Robert Rodriguez and screenwritted by Quentin Tarantino. Tarantino also starts with George Clooney as a pair of close brothers named Seth and Richie Gecko. The movie was acclaimed as a success and it was closely followed by two other movies in the same series: From Dusk Till Dawn 2: Texas Bloody Money and From Dusk Till Dawn 3: The Hangman’s Daughter.

Because many people didn’t understood the first movie, Netflix hosted “From Dusk Till Dawn” TV series which filled the missing gaps from the movie and added some new content. The series were more easily to understand and it became a must-watch victory.

In the year of 2017, Novomatic has released a game based on the first film. From Dusk Till Dawn slot machine game. The game was featured at the opening of seventeenth Global Gaming Expo together with other new casino games.

From Dusk Till Dawn – The First Movie

The first movie of the “From Dusk Till Dawn” is a story of two infamous Gecko brothers, Seth and Richie. The brothers are together in every possible situation, very close to each other and partners in crime.

The movie starts with Seth being out of prison and had come up with a plan for him and his brother to pull one last heist and then hide somewhere in Mexico to live a good life. Of course, something goes wrong along the way.

The story was told in 1996 by Robert Rodriguez and it was supposed to be directed by Quentin Tarantino, but Quentin pulled out from the directors chair because he wanted to focus on his role as Richie.

The film starred George Clooney as Seth Gecko and Quentin Tarantino as Richie Gecko. Both actors executed their roles brilliantly. Seth was smart and charismatic. He was a criminal who knew what was doing is wrong, but didn’t cared. He was good at that. Tarantino played a slightly deranged Richie. Quentin’s physical appearance fitted perfectly into the character’s persona.

The story was great, but not everyone understood it. There is no explanation of why Richie is seeing and hearing things that are not there. The whole movie is intriguing, the bloodshed, kidnapping, humor between the characters and Richie’s problems causing a strain between the brothers. Seth having doubts towards his brother, if he is sane or not.

With less than an hour left in the movie, unexpected turn of events happens, with the brothers and three other people being kidnapped. The kidnapped people are played by Harvey Keitel, Juliette Lewis and Ernest Lie. They end up in a bar called “The Titty Twister”, where in the morning they meet Carlos, that will take then into a sanctuary. We get to see a provocative dance with a snake by Salma Hayek. Everyone who watched this part were confused. What and why is this happening?

At the end of the film, all of a sudden it was a very different movie. However, it was rather entertaining and it ended with the Gecko’s story closed. A Juliette Lewis who is suffering from some form of syndrome wanted to go on her own journey. Overwall, the film was confusing but satisfying.

From Dusk Till Dawn – The Series

In 2014 Netflix simply hosted the Miramax production of ”From Dusk Till Dawn“ TV series. It was seasoned after the first version of “From Dusk Till Dawn” movie. The story is retold, with a lot more information, it has a backstory and also a reasoning behind all the no sense of the original film.

Robert Rodriguez returned to his position as writer and director. The series still had the same feel as the first movie. In the series, D.J Cotrona portrayed Seth and Zane Holtz played Richie. The brothers were not the only characters that were followed in these series. We got to see the story behind the Fuller family and why they were on the road.

We also see more of Santanico Pandemonium, which was played by Salma Hayek in the movie. Eiza Gonzalez was the actress that portrayed the character in the tv series. We finally find out why she was inside Richie’s head and what were the real intentions of Carlos.

A great factor of these series is that a new character was added, Texas Ranger Freddie Gonzalez, partner of Frank who was killed by the Gecko’s. His mission is to kill those who killed his partner. It became his dying wish and he is willing to throw away his entire career in order to track the brothers down.

Everything that never made sense in the movie can be found on these TV series and things make a lot more sense. The ending of the series is different, in comparison with the film. It includes life, death and the Stockholm syndrome, which left a very nice opening for the second season.

From Dusk Till Dawn – The Slot Game

After the deal of licensing with Miramax for the global rights, From Dusk Till Dawn game was produced. It is based on Quentin Tarantino and Robert Rodriguez action horror classic “From Dusk Till Dawn” the movie. This brand new Novomatic title made its first appearance in the seventeenth Global Gaming Expo (G2E) in Las Vegas.

The game gained maximum attention and it was featured on the NOVOSTAR V.I.P III and V.I.P Lounge cabinets which delivers a dramatic slot experience.

After twenty years From Dusk Till Dawn is resurrected as an entertaining slot machine game. Rick Meitzler, the CEO of Novomatic Americas said that G2E is a place where the they can demonstrate their commitment and innovation towards the player entertainment.

Even one year later, in 2018 at the next Global gaming Expo Novomatic mentioned the game on other new series of slot machines cabinets. In addition, Novomatic made the game to be played online too.

If you loved the film (and the TV series) now you can live the game as well. The story goes around the Gecko brothers in a beautifully animated slot experience. Your sole mission in the game is to help Seth and his brother Richie in their explosive escape.

The big question is which was better? The film or the TV series?

The movie is very original and is worth to be watched even after all these years. Meanwhile, the TV series fills the missing gaps the movie left. Some consider the movie better than the series, meanwhile the series are not that great without the movie. However,  the series are also worth watch because of the movie. So they kind of complete each other.