Funko have been polarising the world with their Pop Vinyl figures for a while. Some see the uniform look of the figures as stripping...

Funko have been polarising the world with their Pop Vinyl figures for a while. Some see the uniform look of the figures as stripping characters of all individuality, whilst some are totally enamoured with their adorable features.

There are already heaps of ranges out there for collectors to indulge in, ranging from the mainstream to the more obscure (who even asked for a Bernie Sanders Pop?). Not content with their hundreds upon hundreds of existing characters, Funko took to the floor at this weeks’ UK Toy Fair to announce what can only be called a ‘shedload’ of new ranges. Whilst some characters were revealed for the less popular Dorbz range, it was the Pop Vinyl figures which stole the show.

The toy giants previously released ranges for flops like Jupiter Ascending and Titanfall 2, but Funko seem to have learnt from previous mistakes, and aren’t predicting the popularity of upcoming new releases, focusing on properties which are already established and have a wide fanbase.

The new ranges show how broad Funko are willing to go, with current favourites such as The 100 making an appearance, to old Nickelodeon classics Rugrats, CatDog and Aargh! Real Monsters also featuring. There seems to be something for everyone, with characters from cult TV show Twin Peaks making their debut in Pop form ahead of the shows much anticipated return.

There’s no telling how long these ranges will take to appear in stores; the concept artwork for Pops based on the anime Death Note were only released at the UK Toy Fair despite the range having been announced some years ago. 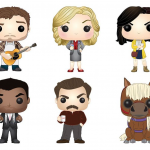 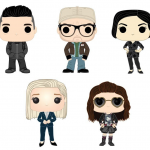 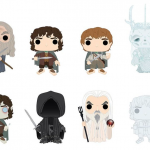 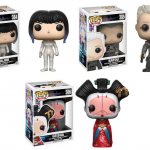 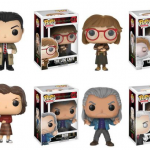