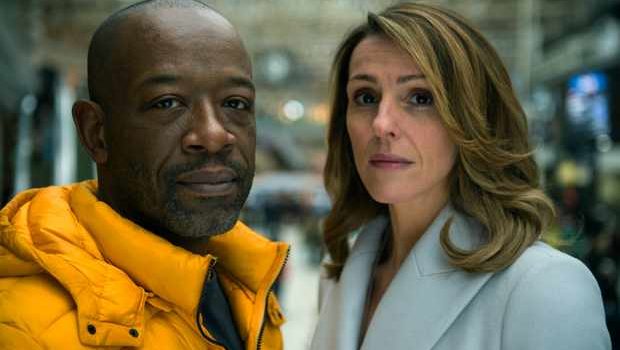 Get Ready For Save Me With These 5 Gripping Dramas

Suranne Jones’ gritty new drama Save Me is bound to have us all on the edge of our seats, so to prepare for the...

Suranne Jones’ gritty new drama Save Me is bound to have us all on the edge of our seats, so to prepare for the looming scandal and suspense, streaming service NOW TV looks at some of the best shows we could not stop talking about.

A Sky Original Production from the producers of the award-winning Line of Duty, Save Me is the story of a most unlikely hero, local chancer Nelson ‘Nelly’ Rowe (Lennie James), and his search for his daughter. As the news of her disappearance begins to affect Nelly’s life, his search takes him on a journey that will change the lives of everyone around him forever. Featuring a stellar cast, including the phenomenal Suranne Jones and Stephen Graham this series is going to inject some serious scandal into our lives.

Following AC-12, the controversial anti-corruption unit operating within the West Midlands Police Force, Detective Sergeant Steve Arnott (Martin Compston) is transferred in to get to the bottom of a suspicious fatal shooting during a counter-terrorist operation. Superintendent Ted Hastings (Adrian Dunbar) and his team, of whistle-blower Arnott and undercover specialist Detective Constable Kate Fleming (Vicky McClure), are hell bent on stamping out the inherent corruption in the force. Over six series with appearances from Save Me star Lennie James and Thandie Newton, this would inspire outrage in the timidest of characters.

When the body of an 11-year-old boy, Danny, is found bloodied on a Dorset beach, the small seemingly tight-knit community becomes the focus of a murder investigation and media frenzy. Detective Sergeant Ellie Miller returns to work to find that newcomer Alec Hardy has swooped in and nabbed her promotion. Bitterly, Ellie is forced to work under Hardy to find out what happened to the child. As more and more Broadchurch locals become entwined in the scandal Danny’s family struggle to cope with the grief.

Doctor Foster some may say was a turning point for Suranne Jones, where her phenomenal and complex performance as Dr Gemma Foster was raved about by critics and led to her winning a BAFTA this year. A senior partner in her community medical centre, living an idyllic life with her successful property developer husband Simon of 14 years, an adoring son Tom and a lovely house on the outskirts of Parminster, Gemma Foster remained blissfully unaware of the turmoil that was brewing right under her nose.

A strand of long blonde hair sets Gemma’s mind racing and it’s not long before her suspicions are proven to be a reality. The constant paranoia makes enraged Gemma behave like she never thought possible trying to manically figure out who the mistress could be.

From the very first episode, you can’t help but be hooked after Anna Friel’s convincing performance as Marcella Backland in the dark and unsettling British crime drama. After being out of the game for 12 years, leaving the Metropolitan Police force only for her husband to leave her she decides to return to her job with the murder unit. Prone to violence in her personal life she is thrown straight into the deep end investigating a case that seems disturbingly all too familiar to her.

Watch some of best gripping content before Save Me premieres on TV streaming service NOW TV on the 28th of February, available to watch with an Entertainment Pass, available for £7.99, contract free.