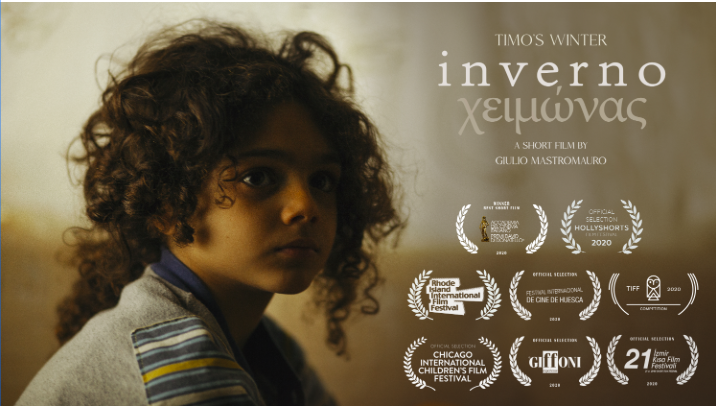 Director Giulio Mastromauro was inspired to write Timo’s Winter (Inverno) after losing his own mother at a young age. This topical film follows the temotional story of a young boy who is facing the prospect of losing his mother. This live-action short film has won numerous prestigious accolades at film festivals around the world and has already been selected for seven Oscar-qualifying film festivals.

Timo is the youngest member of a family of Greek Funfair workers. Together with his loved one’s, he could face his hardest winter yet.

Italian director Giulio Mastromauro graduated in law, but took a different path to follow his passion for cinema.  After graduating, he was selected to study at the Centro Sperimentale di Cinematografia in Rome. In the following years he wrote and directed several short films appreciated by audiences and critics including Carlo & Clara (2013), winner of a special prize at the David di Donatello Awards and selected for over 100 festivals worldwide; Nuvola (2015) with Mimmo Cuticchio, nominated for the Nastri d’Argento and winner of over 50 awards; Valzer (2016), in competition – among others – at Flickers’ Rhode Island Int. Film Festival. In 2016, he founded with Virginia Gherardini the distribution company of short films Zen Movie, winner of the David di Donatello Award, two Nastri d’Argento, a Globo d’Oro and a Palm d’Or at Cannes.