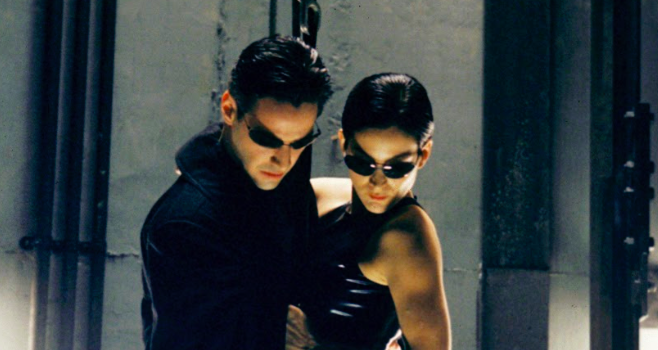 First events for Glasgow Film Festival 2019 Announced The return of the ever-popular special event screenings will celebrate the 20th anniversary of The Matrix...

Classic and rarely seen US films from one seismic year to be screened in free retrospective 1969: End of Innocence 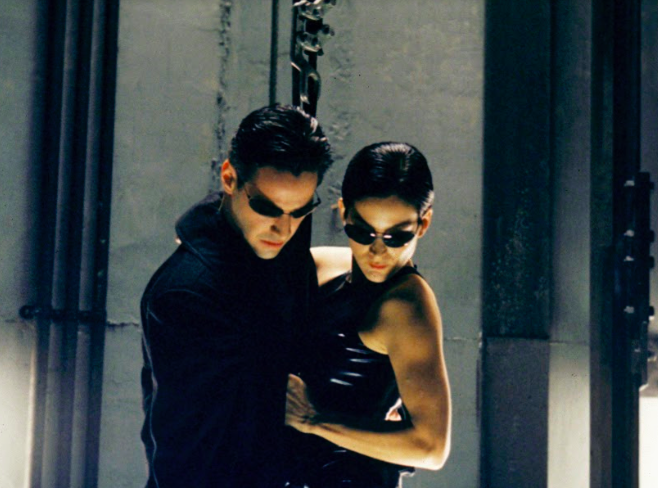 Glasgow film fans are invited to adventure underneath Glasgow Central Station and attend the first official 20th Anniversary screening of The Matrix (22 and 23 Feb) in the subterranean caverns of Argyle Street Arches. With thanks to Warner Bros for their support, the event will feature mind-twisting immersive installations and after-party. Audiences are encouraged to don black sunglasses and dark leather as they explore the deconstructed world of the ground-breaking film.

In a vast warehouse in North Glasgow no-one will hear you scream as audiences brave an encounter with the Xenomorph itself at a large-scale pop-up event showing of Alien (28 February). Featuring laser-tag adventures, comic books and themed cocktails, this is a must for all wannabe Ripleys. With thanks to Park Circus for their support, the 4K 40th anniversary restoration print of Alien will be released on 1 March 2019 across the UK.

1969: End Of Innocence is a retrospective devoted to American cinema from a pivotal year — a mixture of classics and rarities starring (among others) Jane Fonda, Jack Nicholson, Shirley MacLaine and Dustin Hoffman. These 10 films, which will be free to view, reflect a time when censorship laws were relaxed and American filmmakers and studios struggled to grapple with the social changes and political upheavals in a country that saw protests on the street, fierce opposition to the war in Vietnam, Nixon in the White House, the Manson killings, the Stonewall riots and the growing mobilisation of groups pursuing black power and feminism. 1969 saw the arrival of enduring counter-culture classics like Easy Rider, Butch Cassidy and the Sundance Kid and Best Picture Oscar winner Midnight Cowboy, but it was a year when the old guard was still out in force with John Wayne a Best Actor Oscar winner for True Grit. 1969 was a cinematic year that still resonates with Hollywood’s biggest 21st century talents and one that Quentin Tarantino has chosen as the setting for his upcoming multi-star epic Once Upon A Time in Hollywood, with Brad Pitt, Leonardo DiCaprio , Margot Robbie, Al Pacino and Kurt Russell.

Belgian Cinema : Both Sides Now is a timely look at the richness and diversity of contemporary Belgian filmmaking. A country whose cinematic output has constantly been underrated, despite world class filmmakers from Chantal Akerman to the Dardenne Brothers, this year’s Country Focus reflects the current healthy state of cinema in Belgium. Highlights include the Scottish premiere of Lukas Dhont’s extraordinary, award-winning Girl which has taken the film festival circuit by storm, Marta Bergman’s feature debit about a Romani woman who becomes a mail-order bride Alone At My Wedding / Seule à mon mariage and stop-motion animated feature This Magnificent Cake!, telling colonial stories from across the Belgian Empire. The festival will be welcoming a host of Belgian directors and actors and screening some much-loved Belgian classics in partnership with Flanders in the UK and Wallonie-Bruxelles International.

Tickets for Alien and The Matrix go on sale 12pm on Monday 26 November from glasgowfilm.org. The full programme for Glasgow Film Festival 2019 will be announced on 23 January. Tickets go on sale to GFF members and GFT CineCard holders from 12 noon on 24 January and then on general sale from 10am on 28 January.

Glasgow Film Festival is made possible by support from Glasgow Life, Screen Scotland, the British Film Institute (using funds from The National Lottery) and Event Scotland.

Allison Gardner, Festival Co-director said: “For GFF19 the team have pulled together a brilliant series of events and both The Matrix and Alien will be the pop-up events of the year! As ever it’s our audiences who add the fun and frivolities to our immersive events and they have never let us down and always exceed our expectations and ensure the events are fun. There are more events to be revealed and we are looking forward to sharing these on 23rd January”.

Allan Hunter, Festival Co-director said: “Hotly-anticipated Oscar contender Girl underlines the quality of films that are made in Belgium each year. Our country focus offers the chance to see a handpicked selection of the finest new features from Belgium ranging from the wonderfully stylish thriller Mother’s Instinct / Duelles to actor Olivier Gourmet at the top of his game in Those Who Work / Ceux qui travaillent and the striking drama Angel at Sea / Un ange à la mer. It is a snapshot of a national cinema that never gets the attention and admiration it deserves, until now. Across the Atlantic, 1969 was a pivotal year in American filmmaking as censorship laws relaxed and Hollywood struggled to reflect the social and political divides within the country. Fifty years on, we celebrate the dawn of the new Hollywood with a season of films ranging from the Oscar-winning Midnight Cowboy to the hugely influential Easy Rider. It is a chance to see a fantastic selection of films for free and provides all the background you will need for Quentin Tarantino’s forthcoming epic Once Upon A Time In Hollywood.”

Jennifer Armitage, Screen Officer at Screen Scotland said: “This first taste of Glasgow Film Festival 2019 entices audiences with a timely retrospective that looks back at the state of American cinema, and society, 50 years ago in 1969, and a country focus that shines a light on Belgium, our close but relatively unexplored neighbour. Screen Scotland is a proud supporter of Glasgow Film Festival and the important role the festival plays, through strands such as these, in introducing classic films to new audiences and creating a platform for international cinema.”

Councillor David McDonald, Depute Leader of Glasgow City Council and Chair of Glasgow Life, said: “The Glasgow Film Festival is always keenly anticipated and helps maintain the city’s reputation for its love of cinema. Even with the full programme to come, it’s already apparent that the exploration of the diversity of Belgian cinema will be enjoyed by generations of film fans while a retrospective of 1969 will prove to be a huge draw. I am looking forward to Glasgow Film Festival and picking some personal highlights to go and enjoy.”

Ben Luxford, Head of UK Wide Audiences, BFI said: “Now in its 15th year, the Glasgow Film Festival has firmly cemented its place in both audience’s and the Industry’s events calendar. We’re really pleased to support the festival with National Lottery funding so it can continue to reach and engage with a variety of audiences and develop upon its industry programme. We look forward to seeing you all there, snow or no snow.”

Paul Bush OBE, Visit Scotland’s Director of Events, said: “The Glasgow Film Festival is a key part of Scotland’s annual portfolio of cultural events, enticing film fans to come and experience all that Glasgow and Scotland has to offer. Today’s announcement is a tantalising glimpse of what promises to be yet another exciting programme for one the UK’s leading film festivals.”