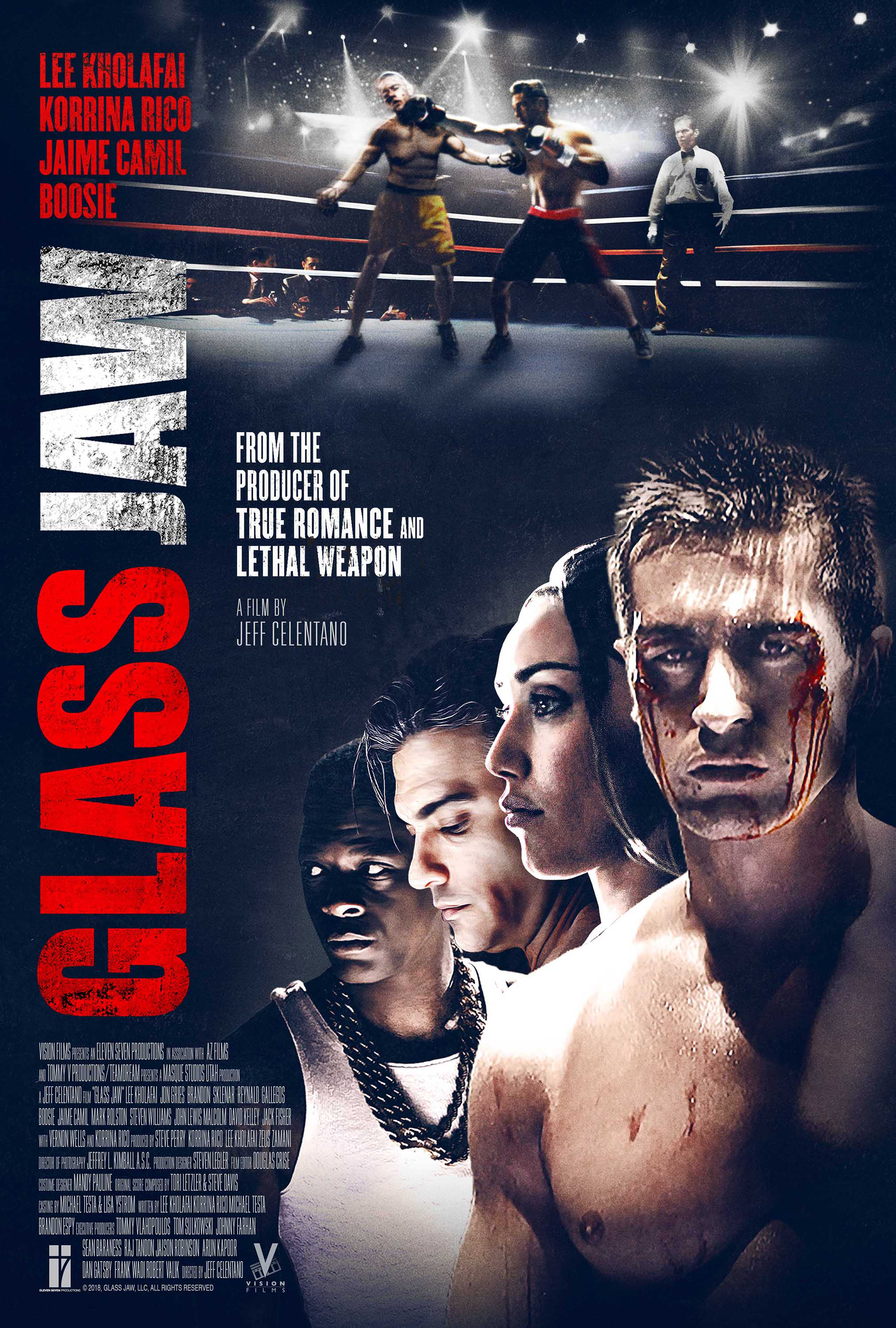 Directed by Jeff Celentano (Breaking Point), with Jeffrey Kimball (Mission Impossible II, The Expendables) as director of photography, ‘GLASS JAW’ follows boxing champion Travis Austin’s (Kholafai) life takes a downward spiral after an evening of celebration turns into a nightmare. An unexpected tragedy changes his life forever, and he begins to punish himself out of guilt. Eventually his unforgiving remorse lands him in prison. Upon his release, he finds he has lost everything he ever fought for and must fight to get his life back on track. Along the way he is guided by his lawyer Erik Ryan (Camil) and introduced to a different, more dangerous style of fighting by underground fight promoter Rico (Lil Boosie). He experiences the trials and tribulations of redeeming his reputation, his belt, and his true love Dana Sasso (Rico).

‘GLASS JAW’ releases day and date in US theaters and on-demand October 26th, 2018, with the DVD release following on December 4th.