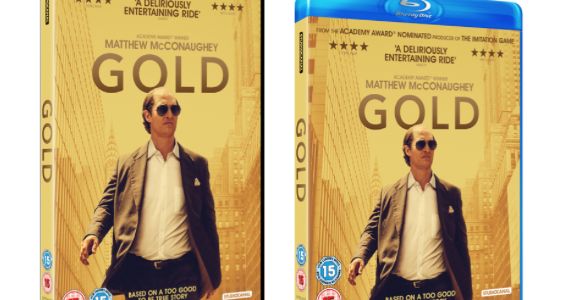 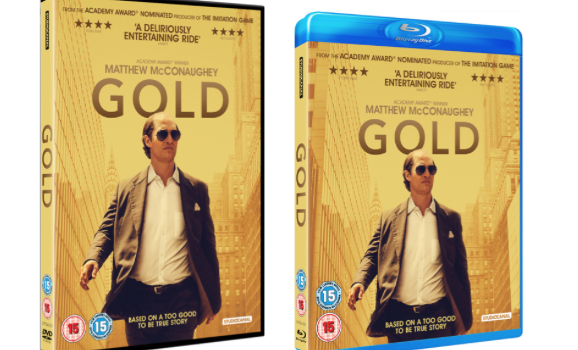 As a man who has, in recent times, seen his career turn from forgettable romantic comedies to truly career-defining roles and even Oscar glory,...

As a man who has, in recent times, seen his career turn from forgettable romantic comedies to truly career-defining roles and even Oscar glory, Matthew McConaughey is now one of Hollywood’s hottest properties. Proving his acting chops with a recent flurry of superb performances, the Lincoln Lawyer star this year became unrecognisable in his role for the film Gold.

Turning bald and channeling his inner hustler, McConaughey breathes a certain one-of-a-kind life into his character Kenny Wells in a film that certainly shouldn’t be missed.

Gold is set to be released on Digital Download from 29th May, with its DVD and Blu-Ray release set for 5th June.

Further details on the release are below.

GOLD is the story of Kenny Wells (Academy Award® winner, Matthew McConaughey) a modern-day prospector, hustler, and dreamer, desperate for a lucky break. Left with few options, Wells teams up with an equally luckless geologist to execute a grandiose, last-ditch effort: to find gold deep in the uncharted jungle of Indonesia, and when they make the largest gold find in the history of time, they realise this dream is only the beginning of the adventure.
GOLD TECHNICAL INFORMATION