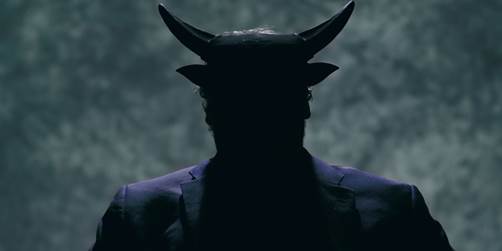 HAIL SATAN? A FILM BY PENNY LANE  “Wickedly funny, fascinating and niftily made… Jesus would want you to see this film” The Hollywood Reporter ...

A FILM BY PENNY LANE

“Wickedly funny, fascinating and niftily made… Jesus would want you to see this film”

Dogwoof are delighted to announce the UK release of HAIL SATAN?, a devilishly provocative, hilarious and thought-provoking  documentary about the rise of the The Satanic Temple from director Penny Lane (Nuts!, Our Nixon), in cinemas and on demand on 23 August 2019.Following a rapturous reception at Sundance earlier this year, the film will receive its European Premiere as the Closing Night film of the 7thedition of Sundance London on 2 June 2019.

Lane follows co-founder Lucien Greaves and his colourful flock as they champion religious freedom and social equality and challenge the corrupt establishment, all with a heavy dose of humour and irony.

Lane examines the meteoric rise of The Satanic Temple by interviewing Greaves, key members of the Temple as well as new converts offering a glimpse into the broadening appeal of the sect. The camera follows the Temple on their quest, a series of irreverent and wickedly playful interventions: the erection of a Baphomet statue on the grounds of the Arkansas State Capitol in response to their campaign to erect a Ten Commandments monument; campaigning for the Satanic Prayer to be included in schools if Christian prayer is sanctioned; counter-protests to anti-abortionists while dressed as giant babies, as just some of the ways the Temple protests for religious and social tolerance. It becomes clear that there’s more to The Satantic Temple than goats and black candles (although there are plenty), that in fact they are champions of equality and social justice for all Americans.

As absurd and funny as it is probing and inquisitive, HAIL SATAN? offers a timely look at a group of rebels and outsiders holding the establishment to task and advocating for a more inclusive society.

“Activism is a Satanic practice”