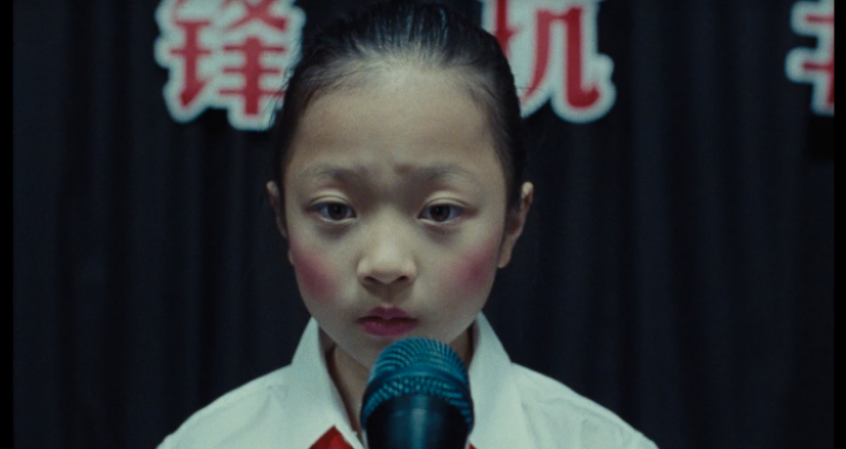 Haohao Yan’s semi-autobiographical short The Speech focuses on three young girls during the SARS outbreak in China in 2003. This extraordinary short, which was selected of the CAA Moebius Showcase 2020 in May, is also in competition for the Best of the Fest Award and the Best U.S Student Short Award at Palm Springs International ShortFest, which will be screening online in June.

May 2003, Beijing, China. The SARS outbreak is real. The city is closed. Most students have been sent home. Inside a private boarding school, three eight-year-old girls have to find a way to make sense of the world.

Director Haohao Yan is a Chinese director and screenwriter who came to the U.S to pursue her B.A. in Film and Television Production at UCLA School of Theater Film and Television. She received her MFA in directing from the American Film Institute Conservatory in 2019. Her thesis film The Speech, a short film about three eight-year-old girls’ quarantined life during the 2003 SARS epidemic in China will be premiering at Palm Springs International ShortFest 2020. Prior to her directing career, Haohao received her BA in Producing from UCLA School of Film and Television, where she mainly focused and worked on Chinese-American co-production films.

Producer Xiaoxiao Li is also an award-winning director. A graduate of producing at the American Film Institute, she specializes in a variety of areas such as China Co-Production, Film Distribution and Marketing and has worked with Vogue, New York Documentary Festival, Huaxia Film Distribution and many others. She was invited as a filmmaker representative at the Featured Candidate of International Youth Leadership Summit. Her film Supercar Man won more than 20 categories at International film festivals and has been highly acclaimed by critics and film festivals while garnering distribution worldwide.

Cinematographer Anton Shavlik is an American cinematographer who worked in Europe, Asia and the Americas and his films have played at festivals such as Sundance and Palm Springs.

The Speech will be screening online as part of the Palm Springs International ShortFest from June 16th to June 22nd.