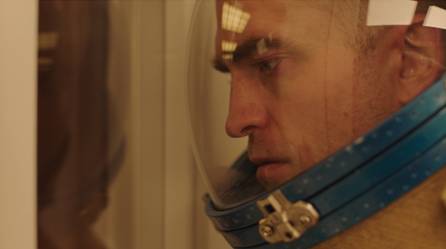 HIGH LIFE IN UK CINEMAS FROM 10 MAY

In deep space, Monte and his daughter Willow live together aboard a spacecraft, in complete isolation. A man whose strict self-discipline is a shield against desire, Monte fathered her against his will. His sperm was used to inseminate the young woman who gave birth to her. They were members of a crew of prisoners – death row inmates. Guinea pigs sent on a mission.

Through his daughter, he experiences the birth of an all-powerful love. Together, father and daughter approach their destination – the black hole in which time and space cease to exist.