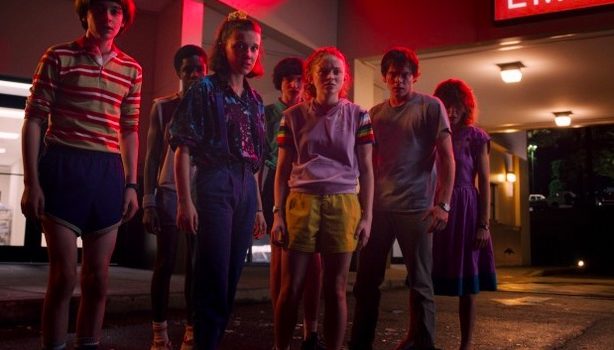 How Nostalgia Drives the Popularity of Stranger Things TV Show

How Nostalgia Drives the Popularity of Stranger Things TV Show

No sooner had Season 3 of Stranger Things arrived on Netflix this summer than already there was talk about Season 4 plotlines and spoilers. But what is it about this sci-fi horror that makes it so popular?  One of the biggest appeals of the show is that for people of a certain age it’s a vehicle for an 80s nostalgia trip.  Retro is a powerful tool in marketing popular culture and it turns up in everything from film and TV, to clothing, interior design and pretty much any other consumer product you could care to mention. And in fact the potent mix of retro and sci in particular that appears in Stranger Things has a strong aesthetic appeal – it’s evident in many films, Playstaion and Xbox games, and even in online video slot games like this one.

The makers of Stranger Things are clearly big 80s fans and they have laced the show with lots of both subtle and obvious 80s references. And of course, for a generation in their 40s or older this show will bring back memories of some of the quirkiest cultural events of that decade. Cinematically, season 3 itself has elements of everything from Back to the Future, Alien, The Shining, The Blob, The Thing and Stand By Me.

Those film references are just a taster of a barrel load of 80s touchpoints. In case you missed them, here are a few more to get your head round:

In Stranger Things Hopper is seen to be watching an episode of this classic feel good detective series starring Tom Selleck as Vietnam Vet who lives out in Hawaii and solves countless murders in his role as a private detective, whilst sporting an impressive moustache and wearing brightly coloured Hawaiian shirts.

Few will remember the time Coca Cola tried a new and improved recipe on the consumer, only for the updated drink to get the thumbs down, leading to a return to Classic Coca Cola in July 1985. Subathers in series 3 of Stranger Things can be seen quaffing the new coke (presumably before spitting it out when the cameras turn away!).

One of the central plot lines of this classic US comedy from the early 80s was the on-off relationship between Sam, played by Ted Danson, and Diane, played by Shelley Long. Winona Ryder’s character in Stranger Things, Joyce, watches Cheers but misses a parallel between Sam and Diane’s relationship and that of herself and Hopper.

There are scenes in episode five of series 3 of Stranger Things that take place in hospital wards that bare a resemblance to the creepy atmosphere generated in the second of the Halloween films, where slasher Michael Myers causes horror and mayhem.

Series Three of Stranger Things is a treasure trove of 80s pop classics with everything from Madonna’s Angel, from the Like a Prayer album, to Lovergirl by Teena Marie, Strike Zone by Loverboy and Neutron Dance by the Pointer Sisters, getting an airing at some stage.

Stranger Things is a carnival of 80s nostalgia, overflowing with references to cultural highlights from the 80s. Of course, it’s not just these that make the series so popular – the engaging storylines and the inevitable conclusion in which good will prevail over the evil forces of the Upside Down are important too.  However, for many it’s the attention to detail and the resurrection of both minor and bigger pop culture events that make the series so intriguing. We’ve just highlighted a few of these here – but go watch and you’ll find plenty more.