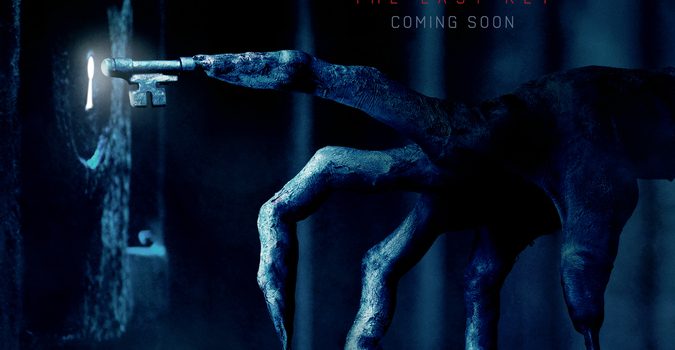 Insidious: The Last Key arrives on Digital Download on May 7 and Blu-ray™ and DVD on May 21 from Sony Pictures Home Entertainment. Acclaimed...

Insidious: The Last Key arrives on Digital Download on May 7 and Blu-ray™ and DVD on May 21 from Sony Pictures Home Entertainment. Acclaimed horror producers James Wan (The Conjuring, Annabelle) and Oren Peli (Paranormal Activity franchise) return for the fourth installment from Blumhouse of the Insidious-franchise, along with fan-favorites Lin Shaye in her iconic role as Elise Rainier, and Leigh Whannell and Angus Sampson as the ghost-hunting duo Specs and Tucker.  In Insidious: The Last Key, Elise must face her past to confront the most personal haunting of her career – in her childhood home. The film also stars Josh Stewart (Interstellar), Kirk Acevedo (Dawn of the Planet of the Apes), Caitlin Gerard (Magic Mike), Spencer Locke (Resident Evil franchise) and Academy Award® nominee Bruce Davison (Best Supporting Actor, Longtime Companion, 1989).

Insidious: The Last Key comes packed with features, including an alternate ending, more than 20 minutes of chilling additional scenes and three all-new featurettes. “Becoming Elise” delves into the mythology of Elise’s origin story and how this “sequel to the prequel” fits into the Insidious-franchise. “Going into the Further” examines what the Further represents to the cast and crew and how the production design in the film differs from the previous films. “Meet The New Demon – Unlocking The Keys” introduces fans to the newest iconic demon in the Insidious-franchise and explores the symbolism behind its creation.

The creative minds behind the hit Insidious franchise bring you the most horrifying chapter of the series, Insidious: The Last Key.  In this gripping Blumhouse film, Lin Shaye reprises her role as parapsychologist Dr. Elise Rainier, who returns to her family home to face the unrelenting demons that have plagued her since childhood.  Accompanied by her two investigative partners, Specs and Tucker, Elise must delve deeper into the Further to unlock the mystery and destroy her greatest fear.
Directed by Adam Robitel from a screenplay by Leigh Whannell, Insidious: The Last Key was produced by Jason Blum, Oren Peli, James Wan and Leigh Whannell, and executive produced by Bailey Conway Anglewicz, Brian Kavanaugh-Jones, Charles Layton, Couper Samuelson, and Steven Schneider.

Insidious: The Last Key has a running time of approximately 1 hour 39 minutes (DVD) and 1 hour 43 minutes (Blu-ray) and is rated 15.