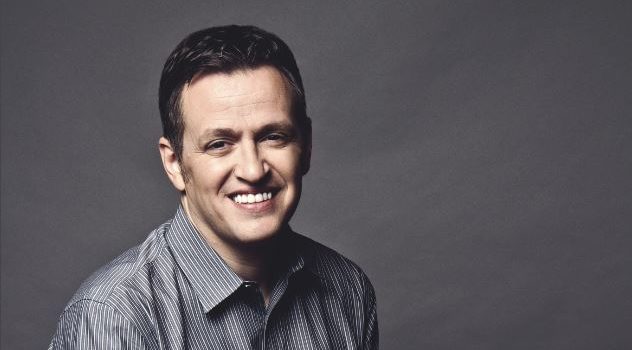 A talented individual who has been in the industry for some decades now, Tom Malloy is a man who plies his trade on a...

A talented individual who has been in the industry for some decades now, Tom Malloy is a man who plies his trade on a variety of fronts, from acting to writing, by way of producing and even a bit of comedy along the way. Having broke onto the scene with a brilliant turn in Gravesend, Malloy has gone on to star alongside the likes of Melissa Leo and Michael Ironside and he took time to discuss his career and much more with Filmoria ahead of some new projects…

It was some twenty years ago now that you broke onto the scene in Gravesend. Can you describe how much things have changed for you since that role?

That was such a great way to start the business because we had so much freedom on that movie.  We improvised the dialogue, and really created something organic.  Since then, the film business for me has been up and down!  After Gravesend failed to make me a household name, I started learning everything else I could about the business.  I became a successful writer (I’ve written 30 screenplays, have optioned/sold/made into films something like 23/24), and I’ve been in the WGA for 10 years.  As a Producer I’ve now produced 14 films, and I wrote the book BANKROLL, which became the gold standard book on film financing.  But I still kept my love for acting, and I’m still out there playing roles in films…hopefully getting better and better!

You’re not only an accomplished dancer and singer, but you’re also well-versed in Acting, Writing and Producing; is there one specific role that you take preference over than others? Or one that you feel more at home with?

I absolutely love the role I played in the upcoming film #SCREAMERS.  It was such a fun character because it had aspects of me, but just very much heightened.  The guy I played was an Ultra-Salesman, and in the movie business, you’re always selling yourself.  This guy takes it over the top and leads the company he works for down a rabbit hole of horror.  I nailed the role so well that many people think the movie is actually a documentary, but it’s a found footage horror movie!

You’ve worked with the likes of Oliver Stone, Elisabeth Moss, Melissa Leo and Michael Ironside. With such impressive actors you’ve come across in your career is there anything they’ve offered that you’ve taken away with you as good advice or guidance?

I love learning from veterans, showing them my A-game, and matching or exceeding theirs! I’ve stolen some tricks!  Elisabeth has a thing where in serious scenes she has her iPod in and plays relaxing music and just walks around not socializing to be able to focus. I do that to this day.  Michael Ironside has this thing where he breathes in and puffs his chest in response to your line, as if he’s absorbing it. I took that and put it in the tool box as well!

Adding to your impressive list of credentials, you work a lot with comedy, can you tell us more with your work in this specific genre?

It’s my favorite and the area where I feel the most at home.  I was a graduate of the IoWest Improv school in Los Angeles (former graduates include Chris Farley and Tina Fey), and I’ve been improvising on stage since I was a freshman in high school!  I just love the timing associated with comedy, and sometimes being able to use reactions as a punchline.  I have a show on Amazon with my comedy partner Scott Baker called Midtown.  It’s a cop comedy where we improvise all the dialogue.  It averages 70,000 views per month, and it’s pure “make em’ laugh” stuff.

Finally, you’re clearly a busy man with a whole bunch of projects coming up, can you tell us a bit more about these and what we should expect from you in the near future?

I’m blessed and grateful!  I have a film called Fair Haven, which I produced, and also play a small role in that was in theaters this March. Film Independent called it one of the top 10 “Must See Indies” of the year. It will be on Showtime in June.  It’s a beautiful LGBT film. I have a film #SCREAMERS, which is like a week away from signing a MAJOR deal.  Fingers crossed! I can’t give the details yet, but the film is a found footage horror, and it has twice by critics been called the Best Found Footage Movie Ever!