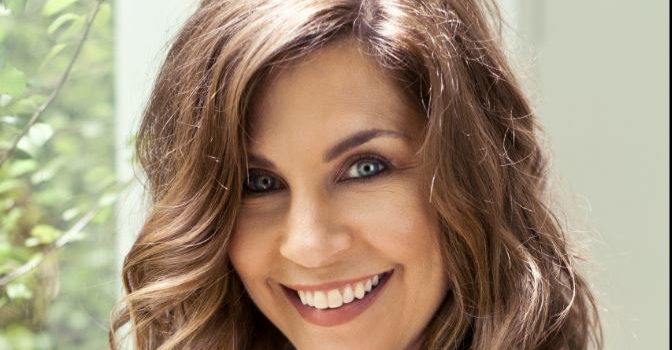 Having played a minor yet pivotal role in Edgar Wright’s recent smash hit Baby Driver, actress Allison King took time out from her busy schedule to talk about working on the film and her future endeavours…

You’ve recently been seen in Edgar Wright’s brilliant Baby Driver. In a nutshell can you explain who your character is?

I play a Post Office Teller who gets caught up in one of the heists of the film. Baby lives mostly in a world of criminality and my character and CJ Jones’ character represent the world outside that narrow preview. I think both of our characters embody the idea that your actions have consequences. When Baby’s actions start to ripple out we’re the ones he worries about.

What was it like sharing scenes with Ansel Elgort?

What can I say, it was wonderful! He’s a lovely person, very generous and kind on set. I’m sure we’ll be seeing much more from him. He’s basically a superstar in a young man’s body. I’m kind of joking, but in all seriousness, he really carried this film well. I expect great things in the future.

Edgar Wright is a very talented and unique director, can you tell us how it was to work with him?

I think Edgar is someone with an incredibly precise vision. I mean, he’s been living with this story for 20 years. So, my sense is he puts a lot of thought and work into the casting decisions so that on set he really lets you do your thing. He’s found you, he just wants you to do your thing. He definitely gives you thoughts but for the most part he trusts his casting decision. On set it’s more about incorporating camera movement and place, light and sound, etc. I think he chooses you, the violin, and then you step into the symphony house and it becomes an orchestra. It’s incredibly complex what’s going on in his mind. Luckily, all I had to do was show up! Also, luckily, I was very familiar with Edgar’s filmography before even auditioning, so when I went to set I really just trusted him and his perfect script.

You have some great future projects in the pipeline, including Thank You For Your Service and Horse Soldiers, can you tell us more about them?

They’re both war movies, which is funny how that happened. However they’re both very different. Thank You For Your Service is a movie that focuses on the difficulties our soldiers face on returning home after a tour. You know, war has really changed and our ability to adapt our services to help wounded soldiers is still much slower than our ability to adapt on the battlefield. We’re still learning so much about Traumatic Brain Injury and PTSD. This film is about the men and women who live with these kinds of wounds. Jason Hall wrote a real heartbreaker of a script. It was wonderful to work on and something I felt really drawn to do.

Horse Soldiers is a very different feeling film. It follows a group of special forces who go into Taliban controlled territory just after September 11th. I don’t want to say too much but I think what makes this film stand out is its treatment of the Afghanis. Afghanistan is a fascinating place and a lot of empires have been lost there. Nicolai didn’t shy away from that complexity. It’s directed by Nicolai Fuglsig, who is this amazing director and used to be a war photographer. So, I expect some pretty epic battle scenes.

Horse Soldiers sees you in a second movie with Michael Shannon. Here at Filmoria we are huge fans of his; can you describe what he is like to share screen time with?

Yeah! It’s funny meeting your idols. I know, I have been a fan of his for such a long time. To be totally honest I was intimidated. I only know him from his previous work and it’s all been so intense! So, I really didn’t know what to expect. I’m happy to report back, he’s about as lovely as a blueberry pie. He’s a theater actor and we theater actors know how to collaborate and work together to get the best project we can. He goes out of his way to stay out of your process, and then goes out of his way to make sure you have what you need. I think this is a trait of the stars we love. They treat everyone on set as their collaborators. It’s like a party, and they’re the host. The lead actor and the director set the tone for the feel of the set. It can be chaotic and crazy or it can be open and collaborative.  He really sets that tone. He’s the best and I would do almost anything to do it again.

Finally, back to Baby Driver, and with the film being so driven by the soundtrack can you tell us three tracks you would choose if you were stuck on a desert island?

Oh my gosh that is pure torture! How could I possibly choose?! It’s like Sophie’s Choice… Ok, ok, the first has to be B-A-B-Y by Carla Thomas, because I love that era in music and she’s such an amazing singer…that song just rocks my world. Then, I mean, I have to choose Simon & Garfunkel’s Baby Driver because it seriously reminds me of childhoods in summer and sprinklers on the lawn. Finally, sheesh… I guess Dave Brubeck’s Unsquare Dance. It’s a close tie to Egyptian Reggae though. Can I pretty please have four?