Filmoria sat down with Director-Producer Robert Rippberger, from Aletheia Films, to talk about his latest film project he’s producing called ‘The Inventor’ and his...

Filmoria sat down with Director-Producer Robert Rippberger, from Aletheia Films, to talk about his latest film project he’s producing called ‘The Inventor’ and his passion for creating entertaining films with an impact.

Can you tell us about how you got started in the entertainment world, and the formation of Aletheia Films?

Of course. I first got started in film through a simple love of storytelling. When I was in fifth grade I would tell campfire stories to my friends. I remember one time the biggest kid in our class was so scared, he put his hands over his ears to make sure he couldn’t hear what I was saying, and after that someone said the story would make an interesting movie. It never even occurred to me, but it got me thinking. So I went off and made a short film about a kid who gets killed by this person who escapes a mental asylum and ends up in a swimming pool full of blood.

My friends and I went back and forth to grocery stores trying to get as much corn syrup and food coloring as possible to fill the pool. That was really the first movie and I guess the films having been getting less bad ever since.

A few years later, I made a feature when I was sixteen called The Hoodwink. It was a high school drama based on the Mahatma Gandhi quote, “An eye for an eye makes the whole world blind.” It was such a great crash course for me and revealed a lot about where I needed to dial in my skills.

In 2006 I started Aletheia Films, actually first under a different name, but after studying philosophy at UC Berkeley it became “Aletheia,” which is a philosophy term for a disclosing of truth. In essence it’s the idea that the role of artists is to expose new worlds, disclose new possibilities and to disclose truths… underlining the fact that these truths never go away, they are just sort of covered up. So the role of artists then is to excavate, and that is really what I see as the role of filmmaking. Whether it’s in art-house or whether it’s pure entertainment, cinema is really a window into a different way of life, a different existence. There is really a sense in which if you’ve seen a thousand films you’ve lived a thousand lives, and it’s in turn how we understand everything.

A documentary film you directed, co-wrote and produced, ‘7 Days in Syria,’ made a huge social impact. Can you explain how that movie came about?

I was really fortunate to work on 7 Days in Syria. It first started because Scott Rosenfelt, the producer of Home Alone, read an article in the New York Times by a journalist who had interviewed a kid living in Syria who never went outside because he was under constant bombardment and shelling. As a result, the kid would watch Home Alone on repeat and Scott really took this as an omen and called the writer of the article, Janine di Giovanni. It just so happened she was a couple miles away from where he was in New York and so the two connected and pieced together a perspective that’s really what Janine’s body of work has been all about — showing the human side of war.

As far as telling that story and connecting it with an audience is where I got involved as director. The huge struggle was how to show the humanity and get you to care in an environment where we are bombarded and desensitized with imagery of war. The solution was to focus on everyday heroes. A baker who keeps his facility open, so he can feed four square blocks, a grave digger making sure proper respect is given to the dead and disease doesn’t spread, a school teacher whom is still trying to educate families, and photographers on the front lines there to shine a light in what is really the darkest place in the world right now.

We understand Angelina Jolie assisted in spreading the message about the film. Was that the plan from the start?

Angelina Jolie was very generous in helping promote the film and also advocating for it on the festival market. She made phone calls on our behalf, made introductions, and even gave notes on the edit while on deadline with her own projects. Quite a super woman. Her role was really quite pivotal in helping us spread the message of the film because it really was a tool for us to intersect people in their daily lives and say — this is a crisis. What if it were your neighbor or rather what if this was happening to you? For those that understand the bystander effect, the film was a way to point to individual people in the theater and say what can you do? How can you help?

A more recent film, ‘Alive and Kicking’, which is currently available on Netflix, you chose to executive produce. Can you explain what captured you about that project and your involvement?

Alive and Kicking was a really fun film to work on. It’s about swing dancing, its history and resurgence today, and it was a really amazing group of people which I was blessed to work with. One being Susan Glatzer, whom used to be the head of acquisitions at Paramount. The other being Jason Blum, whom has an illustrious career across all genres not only horror. Both are working at such a high level, in such an effortless and jovial way, you can’t help but get inspired. What really united not just those behind the camera but in front as well, was our passion and love for what we do and being able to share that joy with others.

Your latest project to produce is the upcoming stop-motion animation feature ‘The Inventor’. Can you tell us about the film and those involved?

I am very excited about The Inventor. It’s a really unique project, one that really only comes across your desk once in a decade. It’s written by the writer of Ratatouille, Jim Capobianco, whom will also be directing the film. We have Peter Sorg, who shot Frankenweenie and Early Man and we have a phenomenal production team. That’s the thing I’m most excited about — it’s not only a phenomenal idea but we have a phenomenal team that can really execute on it in a very unique way. It’s about the life of Leonardo da Vinci whom contributed an enormous amount not only to science, but to the understanding of the human condition. I can’t say much more, but in brief as we start pre-production, I’m very excited to bring it to the big screen.

You have a couple of new movies in their early stages. As a director, can you explain how you approach a project? Is there a magic formula?

It’s a great question. Directing is so much about pre-planning and so I am thorough about that, but then you really have to throw away your homework. I’m a firm believer that that’s how you capture lightning in a bottle. The second thing that’s a must is to surround yourself with good people. Not just the best in their field — that’s said all too often — but also those that think differently than you.

The films we make go all over the world so to know how that’s going to fall on eyes and ears ahead of time and incorporate that feedback in the process is the research and development the film world often doesn’t have the luxury to afford until it’s too late or too expensive to change things.

Finally, if you could direct any film, be it past or future, what would it be?

The project I’m most excited about right now is a horror film I’m developing called, Monstrosity. While I appreciate the thought experiment of getting to direct any film past or future, it’s the script that’s most crystallized for me right now and I always like getting into fresh territory. The premise is a reversal of the typical cabin in the woods slasher with some pretty surprising twists that I know audiences will love. Even pitching it around to studios that are helping me with development and character designs, the responses are really positive boosting my confidence that we’re really onto something. I can’t wait to share more about it.

Thank you, Robert for taking the time to chat to us at Filmoria. To learn more about Aletheia Films visit http://aletheiafilms.com 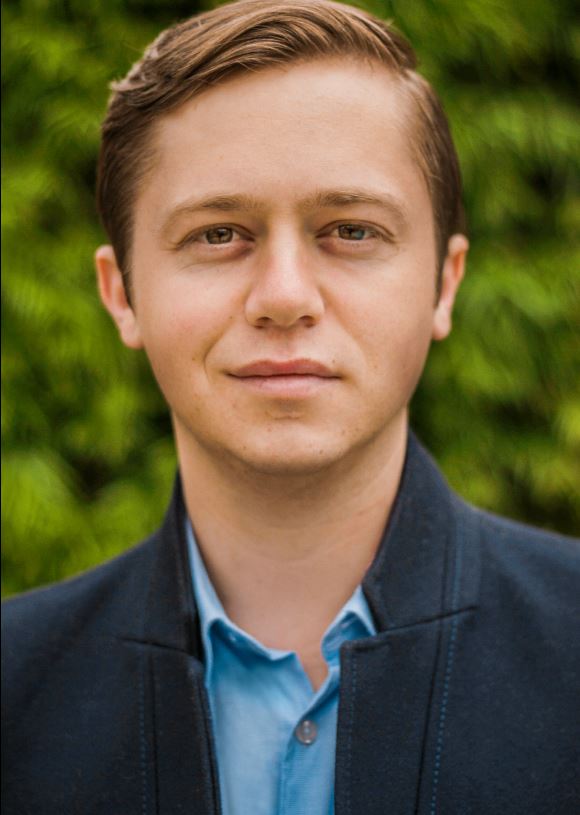