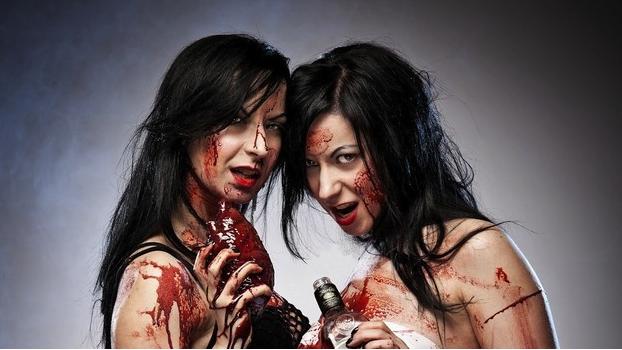 The Soska Sisters are heading up the latest Slasher Season to hit The Horror Channel, with the UK TV premiere of See No Evil...

The Soska Sisters are heading up the latest Slasher Season to hit The Horror Channel, with the UK TV premiere of See No Evil 2 seeing the returning of WWE superstar Glenn ‘Kane’ Jacobs’ Jacob Goodnight emerging from the grips of death to terrorise a new group on unwitting individuals including scream queen Danielle Harris and Katharine Isabelle.

Following the April 7th introduction to this season which promises plenty of bloodshed and all the right weapons to go with it, the channel will also be showcasing the brilliant Sorority Row, 2014’s Girlhouse and Brittany Snow-led slasher Prom Night.

If that wasn’t enough, the hugely entertaining creature feature Stung makes its debut on Saturday 29th April at 10.55pm, and is also joined by the showings of The Eyes Of Laura Mars, Exam, the remake of The Fog and Into The Grizzly Maze starring James Marsden, Billy Bob Thornton and Thomas Jane.

Details of listings are below.