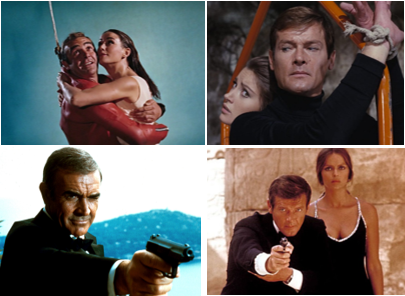 Regent Street Cinema are proud to be hosting JAMES BOND SUNDAYS every Sunday from May 12 – June 16. James Bond’s greatest outings, back...

Regent Street Cinema are proud to be hosting JAMES BOND SUNDAYS every Sunday from May 12 – June 16.

James Bond’s greatest outings, back on the big screen and followed by Q&As and autograph signings with some of the films’ female stars.

Followed by a Q&A with Martine Beswick

Followed by a Q&A with Madeline Smith

Followed by a Q&A with Valerie Leon

An aging James Bond (Sean Connery) makes an uncharacteristic mistake during a routine training mission, leading M to believe that the legendary British Intelligence spy is now past his prime. M indefinitely suspends Bond from active duty. However, when SPECTRE member Fatima Bush and her fellow terrorists successfully steal two nuclear missiles from the U.S. military, M must reinstate Bond, as he is the only agent who can beat SPECTRE at their own game of espionage.

THE SPY WHO LOVED ME

Followed by a Q&A with Caroline Munro

James Bond investigates the hijacking of British and Russian submarines carrying nuclear warheads with the help of a K.G.B Agent, whose lover he killed.