“In the process of pulling movies apart, The Image Book forms a closing chapter in a work that Godard began with Breathless in 1960”...

“In the process of pulling movies apart, The Image Book forms a closing chapter in a work that Godard began with Breathless in 1960” IndieWire 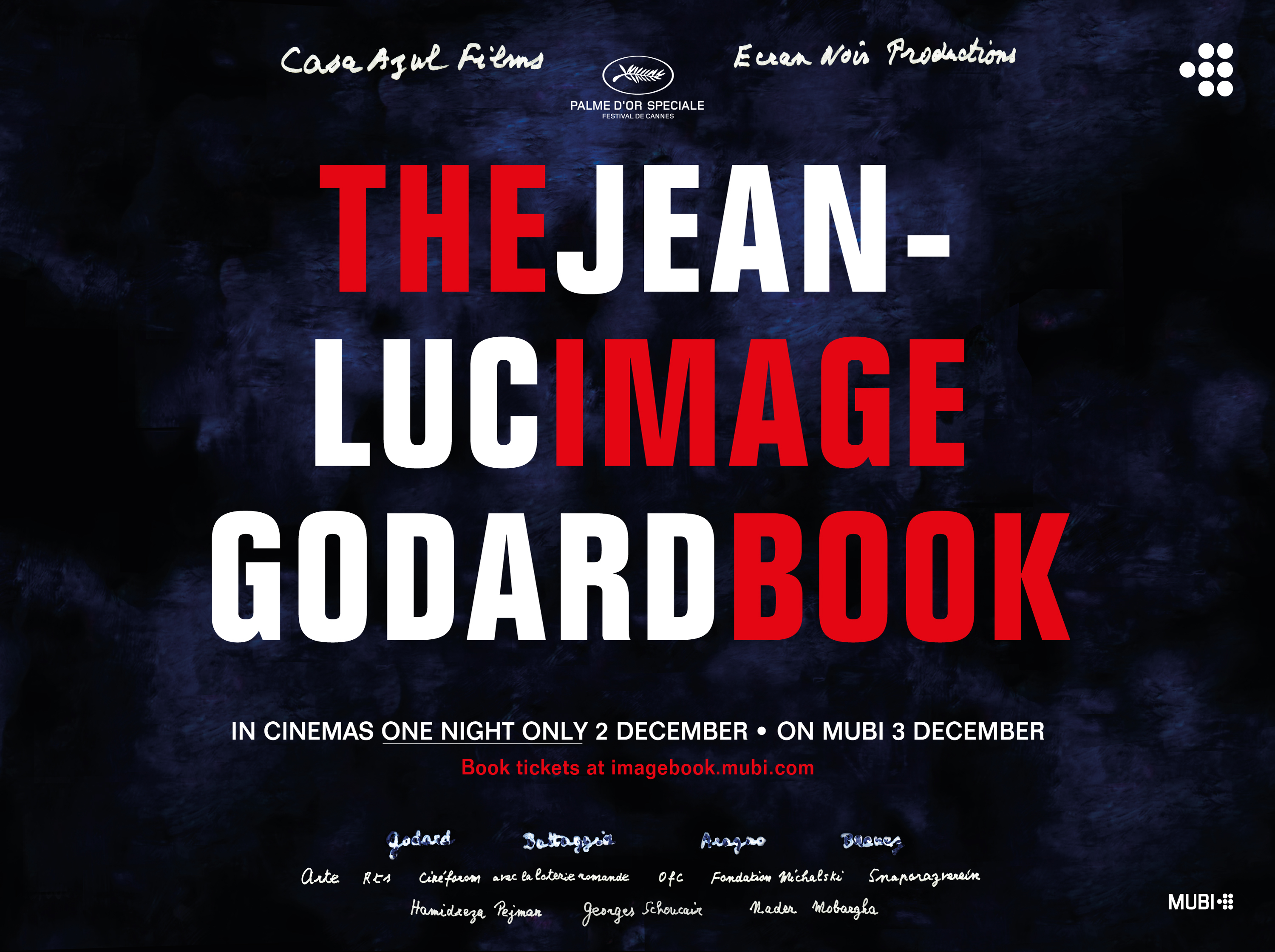 STREAMING ON MUBI FROM MONDAY, 3 DECEMBER

In May 1968, Godard led a filmmaker uprising to shut down the Cannes Film Festival. Fifty years on, he is still making waves with his radical and uncompromising work.

Garnering acclaim at this year’s Cannes Film Festival, including a Special Palme d’Or award for Godard’s unparalleled contribution to cinema, the film will screen as a special one-day event screening in select 7.1 surround sound cinemas in the UK on Sunday 2nd December ahead of its exclusive streaming release on MUBI on Monday 3rd December.

THE IMAGE BOOK is a kaleidoscopic and dazzling film essay examining the role of cinema in world history in a characteristically bold and innovative way and marks the first theatrical release of a Godard film in the UK since 2010’s Film Socialisme.

Jean-Luc Godard is renowned for his relentlessly inventive approach to filmmaking. His films Breathless, Pierrot Le Fou, Weekend and Band of Outsiders and many others have secured his place in history as one of the founding fathers of modern cinema, influencing everyone from Tarantino to Wes Anderson.

Available in 7.1 Surround Sound and 25fps