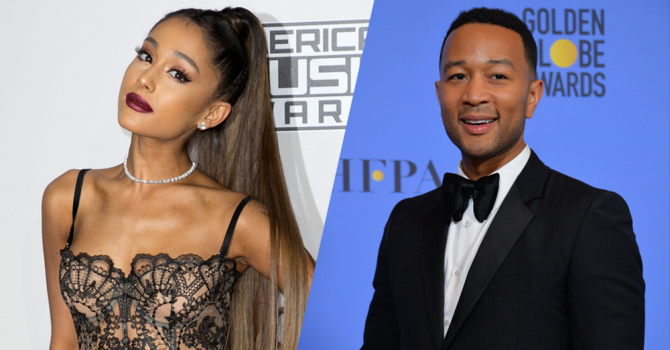 He is currently jazzing up the ‘dying’ genre of jazz itself in Oscar hopeful La La Land and she has just been made to...

He is currently jazzing up the ‘dying’ genre of jazz itself in Oscar hopeful La La Land and she has just been made to appear in latest videogame Final Fantasy XV (bizarrely), and now John Legend and Ariana Grande are set to duet as they breathe new life into the Oscar and Grammy Award-winning title track to Disney’s upcoming live-action version of Beauty and the Beast.

The combination of these two current titans of music is a scintillating prospect and just how they will bring to life such a classic movie song will be of great intrigue, especially with us already being given a teaser of Emma Watson’s beautiful vocals that are set to lead the way.

The track itself will be produced by music titan and Grammy recipient Ron Fair, who had this to say upon being involved with such a classic song.

Stepping into the shoes of an Oscar and GRAMMY Award-winning classic is not small potatoes. But with today’s two greatest plutonium singers – John Legend and Ariana Grande – we are bringing the song back with a new school-old school fresh treatment that shows the soulfulness and power of what a great melody and lyric can inspire.

Joining the team to recreate the song is also music video director Dave Meyers, who has worked on videos such as Katy Perry’s ‘Firework’.

Directed by Bill Condon based on the 1991 animated film Beauty and the Beast, the screenplay is written by Stephen Chbosky and Evan Spiliotopoulos and produced by Mandeville Films’ David Hoberman, p.g.a. and Todd Lieberman, p.g.a. with Jeffrey Silver, Thomas Schumacher and Don Hahn serving as executive producers.

Beauty and the Beast will be released in the UK on 17th March 2017.