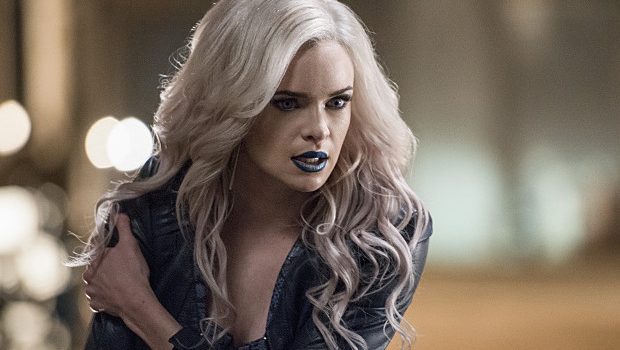 Following from the episode 18 cliffhanger, that saw a revived Caitlin fully transformed into her villainous alter ego. The CW have released a sneak...

Following from the episode 18 cliffhanger, that saw a revived Caitlin fully transformed into her villainous alter ego. The CW have released a sneak peek from tonight’s episode of The Flash, titled ‘The Once And Future Flash’. You can find our previous episode reviews from Season 3 here.

The new clip, which can be played below, finds H.R, Julian and Cisco on the run at the Star Labs facility as Killer Frost hunts the trio down with ill-intent.

There will be many questions raised on how this will affect Barry’s mission as he speeds into the future. As there will be no doubt that Caitlin’s unpredictability will prove to be both dangerous and consuming for Team Flash – as time becomes ever more precious for Barry to save Iris from the wrath of Savitar….

Barry (Grant Gustin) travels to the future to find out Savitar’s still unknown identity in the hopes of saving Iris (Candice Patton). Upon his arrival in 2024, Barry encounters future versions of his Team Flash friends, who, following the death of Iris, have become very different people, profoundly impacted by their showdown with Savitar. It will be up to Barry to infuse a sense of hope back into the team, as he proves to be hero his future friends have been waiting for. Meanwhile, back in 2017, the hunt for Killer Frost (Danielle Panabaker) continues. Tom Cavanagh directed the episode written by Carina Adly MacKenzie. The episode airs tonight on The CW at 8pm Eastern Time, 7pm Central Time in the U.S.