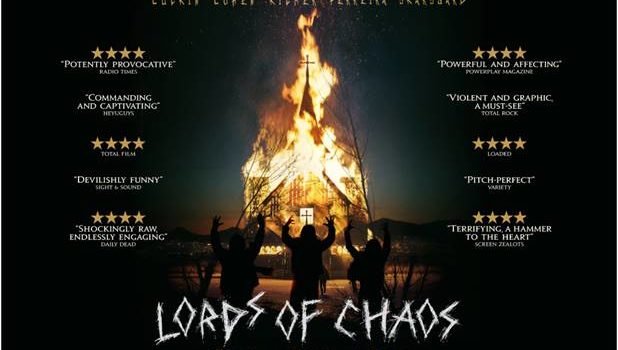 BASED ON TRUTH AND LIES: THE STORY OF THE BIRTH OF TRUE NORWEGIAN BLACK METAL AND ITS MOST NOTORIOUS PRACTITIONERS STARRING: RORY CULKIN, EMORY...

BASED ON TRUTH AND LIES:

Arrow Films are delighted to announce the UK release of LORDS OF CHAOS in cinemas from 29th March 2019. Receiving its World Premiere at the 2018 Sundance Film Festival, LORDS OF CHAOS is a thrilling coming of age horror, weaving together rock’n’roll, youth, love and death through an incredibly dark story. Renowned Swedish director Jonas Åkerlund (Polar) brings his notorious visual aesthetic to the film, alongside ground-breaking performances from Rory Culkin (Signs, You Can Count On Me) and Emory Cohen (The Place Beyond Pines, Brooklyn). 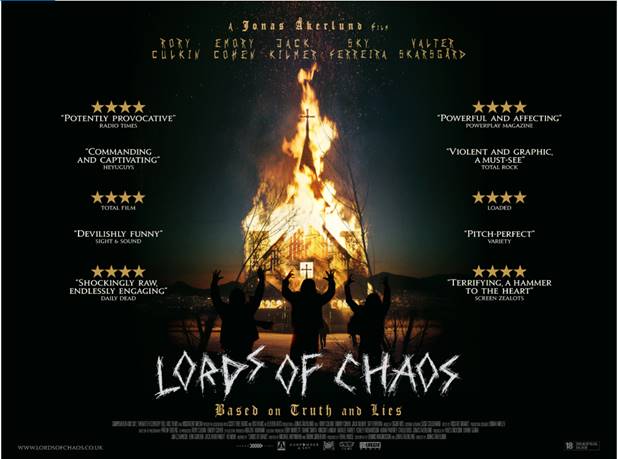 Oslo, 1987: Seventeen-year-old Euronymous (Rory Culkin) is determined to escape his idyllic Scandinavian hometown and create “true Norwegian black metal” with his band, MAYHEM. He’s joined by equally fanatical youths – Dead (Jack Kilmer) and Varg (Emory Cohen). Believing that they’re on the cusp of a musical revolution, the group gets even darker driven by the black metal dogma to spread evil.

They begin burning down churches throughout the countryside and stealing tombstones for their record store. But when the press catches up with them and Euronymous takes more credit than he’s earned for the group’s violent acts, Varg, fresh out of jail, arranges a dark encounter to settle the score and ultimately determine who the darkest black metal musician is…

Arrow Films is a leading independent all-rights entertainments company, established in 1991, operating in the UK, Republic of Ireland, U.S.A and Canada. Arrow Films is firmly dedicated to new cinema, developing an enviable theatrical slate of critically acclaimed films which additionally enjoys a lasting lifespan across all of their ancillary channels, brands and labels. Recent acquisitions include Gaspar Noe’s Climax, Justin Benson and Aaron Moorhead’s The Endless, Takashi Miike’s Blade of the Immortal, The Villainess, and Hounds of Love. Additionally, Arrow Films is widely considered to be the global market leader in the Premium Home Entertainment market, fuelled by state-of-the-art in-house film restoration and highly sought-after Blu-ray editions of classic and cult cinema via their two globally recognised labels, Arrow Video and Arrow Academy.