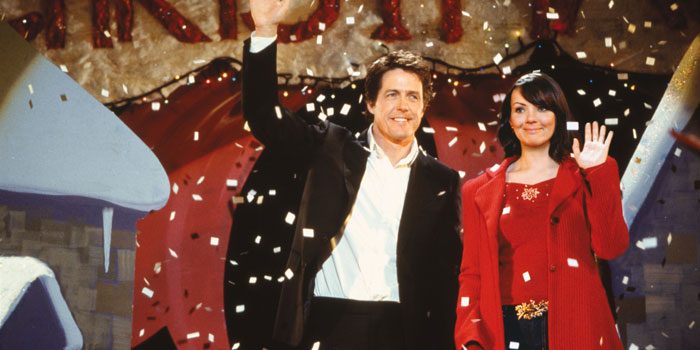 Fourteen years later, Love Actually is finally getting a sequel. Well, sort of...

Richard Curtis’ seminal Christmas romance Love Actually has been traditional viewing for more than a decade, but finally, after much deliberation and debate, the long-awaited sequel to the 2003 British smash-hit is arriving. In one way or another…

Screening as part of Red Nose Day – the charitable fundraising event for Comic Relief; which was founded by Curtis – the original cast will return to reprise their roles for Red Nose Day Actually. The ten minute short film will be written by Curtis himself, and star Hugh Grant, Keira Knightley, and Colin Firth.

According to sources, stars Liam Neeson, Rowan Atkinson, Martine McCutcheon, Andrew Lincoln, Lucia Moniz, Thomas Brodie-Sangster, and everyone’s favourite Bill Nighy will also feature in the film, which will take an insider’s look at the lives of the ensemble characters during present day. Red Nose Day takes place on 24th March, and the film will be screened during the live broadcast on BBC One HD.

Speaking to the BBC, Curtis said: “I would never have dreamt of writing a sequel to Love Actually, but I thought it might be fun to do 10 minutes to see what everyone is now up to. We hope to make something that’ll be fun – very much in the spirit of the original film and of Red Nose Day.”

The writer said he was “delighted” that so many of the original cast could take part, adding: “It’ll certainly be a nostalgic moment getting back together.”