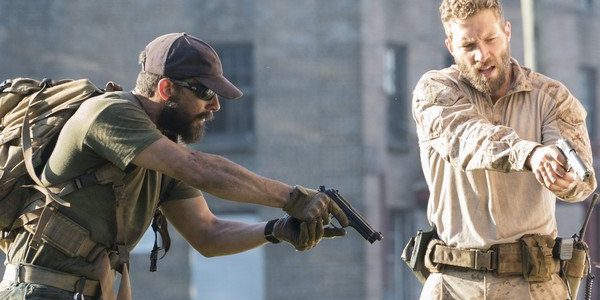 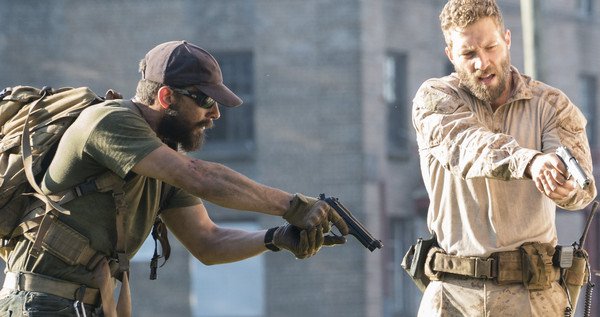 Post Traumatic Stress Disorder is a serious issue in America and one that still to this day sees a devastating number of returning soldiers...

Post Traumatic Stress Disorder is a serious issue in America and one that still to this day sees a devastating number of returning soldiers hampered for the rest of their lives and even commit suicide. As the closing credits of Man Down remind us, one in five soldiers returning from duty from Afghanistan in recent years have taken their own lives, but for a film delivering this powerful message there is little to be salvaged from what is a largely disappointing drama.

Man Down focuses on Gabriel Drummer (Shia LaBeouf), a soldier who is joined by his good friend and fellow comrade Devin Roberts (Jai Courtney) as they wander through a post-apocalyptic wasteland in search for his lost son, Johnathan (Charlie Shotwell). As the pair come across a stranger (Clifton Collins Jr.) who may well know where Gabriel’s son is, we follow the soldier’s journey up to this point, with his wife (Kate Mara), son and army Counselor Peyton (Gary Oldman) all pivotal in his life.

For a film that is focused on such a potent and important topic in American society, Man Down appears rather disappointing in the way in which it goes about delivering its message. Rather than providing a profoundly moving and tender commentary on just what soldiers are experiencing out in the field and the aftermath of such experiences, writer-director Dito Montiel’s movie instead opts for the clichéd approach, offering up very little in the way of inspiration or indeed emotional weight.

Each and every sequence of warfare and within army territory is riddled with familiar tropes and dialogue, and the character’s themselves you’ve seen time and time again that there is quite simply little to no connectivity to them whatsoever. For such a film looking to pack that core message, this is one of the fundamentals and instead we feel little desire to have an emotional connection with any of these characters.

The film also fails drastically in the way in which it is structured, with at least four different timelines being utilised throughout. While some films can be accepted in using this technique, Man Down instead becomes an entirely jarring experience, especially as we feel no real punch from the event unfolding. As previously mentioned, the focus on the army itself and events in battle are tame and clichéd, while Gabriel’s home life is so paper thin and predictable that we simply do not care about his wife or child’s actions or how they’re affected by their male figurehead being absent.

Of all the sequences throughout the film, something is salvaged from the exchanges between LaBeouf and Oldman. Here we at least get some emotional gravitas, from soldier to counsellor, explaining the real psychological effect of war and the absence of family. Oldman is a good choice for the authoritarian, calming influence, while LaBeouf shows his acting range as he begins to show that power and emotion that is sorely missing from the rest of the film.

Sadly, this is one of the only positive takeaways from what is a truly disastrous and disappointing movie that has such an important message it should be telling. Instead of a grounded and affecting drama we have a film clichéd to the nines that packs almost no weight whatsoever and instead falters at every hurdle. LaBeouf is at least looking to add something to the backbone but in essence Man Down is one of the worst entries for 2017 so far.

Man Down is out in UK cinemas on 31st March.