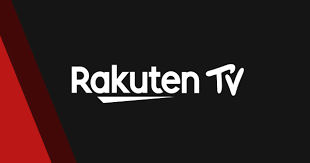 MARCH ON RAKUTEN TV: ALL THE BEST FILMS DELIVERED STRAIGHT TO YOUR SMART TV Box-office hits The Grinch, Fantastic Beasts: The Crimes of Grindelwald and...

MARCH ON RAKUTEN TV: ALL THE BEST FILMS DELIVERED STRAIGHT TO YOUR SMART TV

Box-office hits The Grinch, Fantastic Beasts: The Crimes of Grindelwald and Robin Hood among this month’s new releases, all in 4K HDR

Rakuten TV catapults into March with a selection of the very best new releases, all at the click of a button on your Smart TV.

This month, don’t miss Benedict Cumberbatch as he voices the mean, green villain who steals holiday cheer in The Grinch. Meanwhile, Eddie Redmayne, Jude Law and Johnny Depp form part of the incredible ensemble cast in Fantastic Beasts: The Crimes of Grindelwald as new threats divide the wizarding world.

Michael B. Jordan delivers a heavyweight blow in Creed II, while Taron Egerton and his merry men star in the thrilling action-adventure Robin Hood. And, prepare for the unexpected in J.J. Abrams twisted thriller Overlord.

In order of release:

On the outskirts of Whoville, there lives a green, revenge-seeking Grinch who plans on ruining the Christmas holiday for all of the citizens of the town.

On the eve of D-Day, American paratroopers drop behind enemy lines to penetrate the walls of a fortified church and destroy a radio transmitter. As the soldiers approach their target, they soon begin to realise that there’s more going on in the Nazi-occupied village than a simple military operation. Making their way to an underground lab, the outnumbered men stumble upon a sinister experiment that forces them into a vicious battle against an army of the undead.

The second instalment of the “Fantastic Beasts” series featuring the adventures of Magizoologist Newt Scamander.

A war-hardened Crusader and his Moorish commander mount an audacious revolt against the corrupt English crown in a thrilling action-adventure packed with gritty battlefield exploits, mind-blowing fight choreography, and a timeless romance.

The Girl in the Spider’s Web (Action, Crime, Drama)

Fired from the National Security Agency, Frans Balder recruits hacker Lisbeth Salander to steal FireWall, a computer program that can access codes for nuclear weapons worldwide. The download soon draws attention from an NSA agent who traces the activity to Stockholm. Further problems arise when Russian thugs take Lisbeth’s laptop and kidnap a math whiz who can make FireWall work. Now, Lisbeth and an unlikely ally must race against time to save the boy and recover the codes to avert disaster.

High school senior Lily and her three best friends live in a haze of texts, posts, selfies and chats — just like the rest of the world. Their small town gets turned upside down when an anonymous hacker starts to reveal personal messages and secrets of thousands of people. As anger erupts into full-blown violence, the four girls soon find themselves in a fight for their lives against an armed mob.

Six years after the events of “Wreck-It Ralph,” Ralph and Vanellope, now friends, discover a wi-fi router in their arcade, leading them into a new adventure.

In 1985, Russian boxer Ivan Drago killed former U.S. champion Apollo Creed in a tragic match that stunned the world. Against the wishes of trainer Rocky Balboa, Apollo’s son Adonis Johnson accepts a challenge from Drago’s son – another dangerous fighter. Under guidance from Rocky, Adonis trains for the showdown of his life – a date with destiny that soon becomes his obsession. Now, Johnson and Balboa must confront their shared legacy as the past comes back to haunt each man.

When a young boy goes missing in a sleepy backwoods town, a local sanitation truck driver, Donald, plays detective, embarking on a precarious and obsessive investigation.

Rakuten TV – “Your cinema at home” –  is one of the leading Video-On-Demand platforms in Europe providing the latest movie releases with the latest technology in a true cinematic experience available on Smart TVs. Rakuten TV is currently distributed in 12 countries and it is part of the Internet and e-commerce Japanese giant Rakuten, now sponsor of FC Barcelona, The Golden State Warriors and Shakira’s El Dorado Tour.