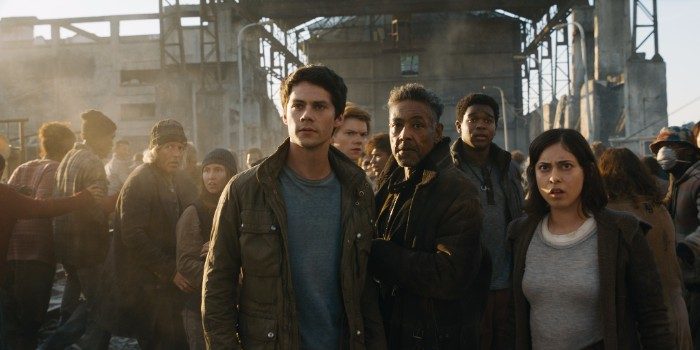 The first trailer for Maze Runner: The Death Cure is here and it sure is action-packed! You can watch it below. “It’s a heist...

The first trailer for Maze Runner: The Death Cure is here and it sure is action-packed! You can watch it below.

“It’s a heist movie this time,” says director Wes Ball, who has helmed each of the movies in the trilogy. “It picks up six months after the last movie, where we started in the desert, and then we come into the world of WCKD, which is a city: The Last City.”

The series started in the Glade, a lush open space surrounded on all sides by giant walls, and beyond them the maze that kept them prisoner. For the group of young people trapped in the Glade, with no memory of who they once were or why they were there, breaking out was their first priority. “But now, they’re breaking into walls, almost an inverse of the maze, and they have to get answers and out-maneuver every obstacle thrown their way,” Ball says, “We get to see the other side of the universe and come full circle.”

And just as The Maze Runner offered lush greens framed by the decaying concrete walls of the maze, and Maze Runner: The Scorch Trials gave us vast, inhospitable desert ruins, so Maze Runner: The Death Cure is set to its own aesthetic and color palette. “The first film, with the maze, was all cement and overgrowth,” observes Ball. “The second story was the sand and rust of the Scorch and this film is a world of glass and steel. I’d say it has elements of sci-fi and film noir – I loved the idea that each one of these movies has a distinct look and feel, but that they all fold into this same universe.”