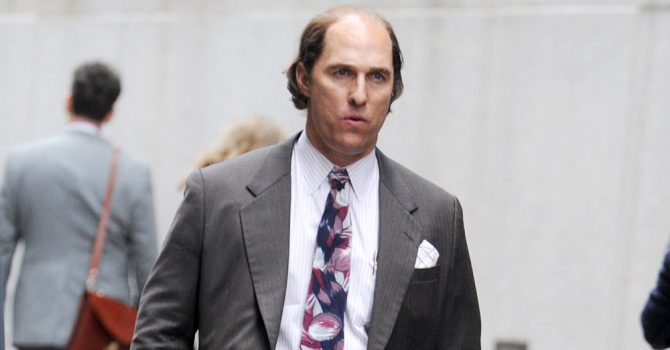 He played one of the men who inspired Leonardo DiCaprio’s Wolf of Wall Street Jordan Belfort to seek riches, and now Matthew McConaughey is...

He played one of the men who inspired Leonardo DiCaprio’s Wolf of Wall Street Jordan Belfort to seek riches, and now Matthew McConaughey is portraying his own real life figure who seeks gold, along with the help of Edgar Ramirez.

Gold, set for release on 3rd February 2017, tells the story of Kenny Wells, a man who sought gold in the jungles of Indonesia and came up trumps only to find that he may have uncovered more than he could have ever bargained for. With the FBI on top of him, as well as a number of individuals who could potentially threaten his life, Wells and his partner (Ramirez) are in for troubled times that they never expected.

The trailer looks every bit enthralling as the story itself so we have high hopes for this one.

You can watch the trailer below and also check out the new poster for the upcoming movie.