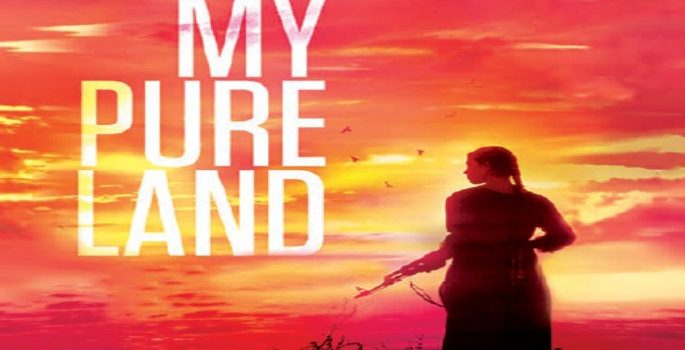 British-Pakistani director Sarmad Masud’s debut film My Pure Land is announced as Britain’s selection for submission to the Academy of Motion Picture Arts and Sciences (AMPAS)...

Sarmad Masud first envisioned his startling debut when he heard of the true story of a mother and her two daughters who survived a siege on their home by relatives in rural Pakistan, culminating in them having to defend their land from a militia of 200 bandits.

Their feat was almost unheard of and they were swiftly elevated to the position of folk heroes. When Sarmad heard their story he instantly knew this was the film he needed to make as his debut – a violent contemporary Western but grounded in realism and crucially with a feminist theme.

The Film came together when he met Theatre Impresario, Film Producer, and Everton Football Club Chairman Bill Kenwright and pitched him the project, 20 minutes later Kenwright shook Sarmad’s hand there and said, “Let’s do it”. And they did.

Shooting in Pakistan was challenging in the extreme, with the crew negotiating their way through one of the most heavily armed civilian regions on earth where kidnap and ransom is an ever present risk for foreigners. Their issues culminated when an embittered extra returned to set and opened fire on the production, although fortunately no-one was hurt.

Sarmad Masud’s short film, Two Dosas, funded by Film London was voted best film in their London Calling Plus category, judged by David Yates. The film was long listed for both a BAFTA and an Oscar as well as numerous festival awards.

My Pure Land is produced by Bill Kenwright, whose recent releases include Another Mother’s Son, Cheri (Stephen Frears), and Broken (Rufus Norris) which won the Best British Independent Movie at the BIFAS in 2012, and the upcoming Burden (starring Forest Whitaker, Andrea Riseborough). Independent is handling international sales.