1917, Little Women, Bad Boys For Life and Bombshell available in 4K HDR on Rakuten TV this May Cats, A Beautiful Day in the...

1917, Little Women, Bad Boys For Life and Bombshell available in 4K HDR on Rakuten TV this May

Cats, A Beautiful Day in the Neighborhood and The Lighthouse also join the streaming service this month

London, 15 May. May is a blockbuster month on Rakuten TV, with a variety of brand-new releases, available in 4K HDR, all at the click of a button on your Smart TV. From action to romance, biographical to family entertainment, there is something for everyone to enjoy at home this month. 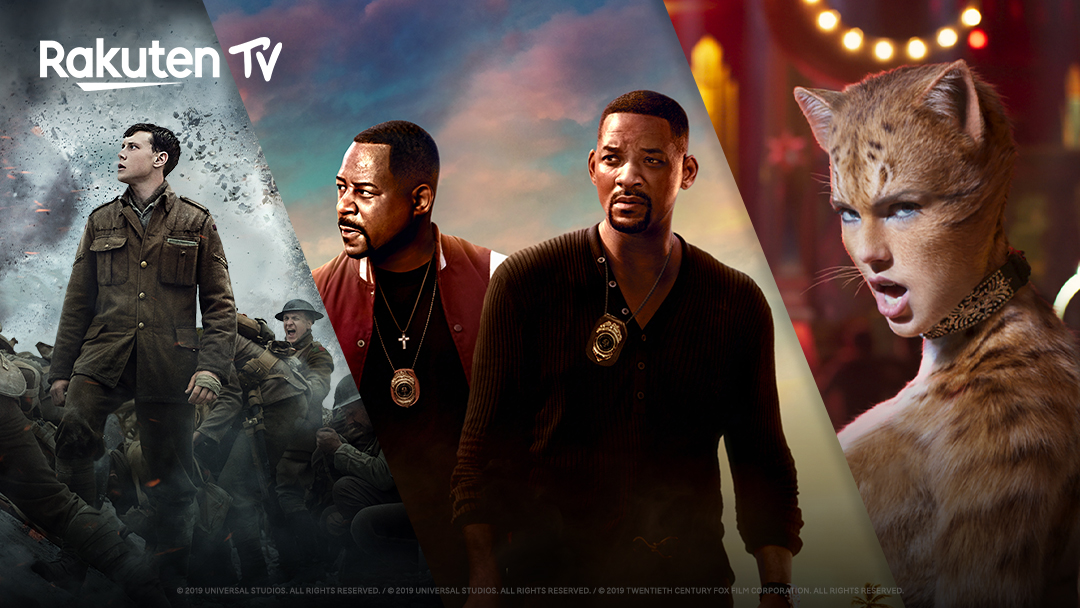 New to the platform this May is the Oscar and BAFTA award-winning war drama 1917 (4K HDR). Based on the inspiring story of two courageous soldiers during WW1, this nail-biting title tells the story of how they were assigned a race-against-time mission to deliver a message that would stop 1,600 men from walking straight into a deadly trap on 6th April 1917.

Witness one of the most talked about transformations of 2020 as Charlize Theron transforms into Fox News powerhouse news presenter Megyn Kelly in Bombshell (4K HDR), a provocative story based on true events that follows a group of women as they take on Fox News head Roger Ailes and the toxic atmosphere he presided over at the network. One of the most powerful, cutting and talked about stories of women empowerment, also starring Nicole Kidman and Margot Robbie, this is not one to miss.

The theme of women empowerment continues with the release of the new adaptation of Little Women. Based on the classic novel by Louisa May Alcott and directed by Greta Gerwig, Rakuten TV also brings you the Oscar and BAFTA award winning film in 4K HDR.  Starring Florence Pugh, Saoirse Ronan and Emma Watson, the heart-warming portrayal of sisterhood, female relationships and creative ambition will have you laughing and crying in equal measure.

If you’re looking for some high-octane viewing, the action-comedy duo of Will Smith and Martin Lawrence are back in Bad Boys For Life (4K HDR), bringing the stars together again to face off against a mother-and-son pair of drug lords who wreak vengeful havoc on their city.

From 11th May – 31st May, Rakuten TV is offering their ‘May Madness’ promotion which includes great deals on amazing films such as The Greatest Showman, Terminator: Dark Fate, Judy and many more.

All this and more available on Rakuten TV this May – the full list of new titles and release dates below:

Rakuten TV is one of the leading Video On-Demand platforms in Europe. It offers a TVOD service (Transactional VOD) providing viewers a true cinematic experience with the latest new releases in the best audiovisual quality. It also includes an AVOD (Advertising VOD) section, Rakuten TV Free, in a blend of thematic channels embracing Hollywood classics, local, exclusive and themed content, all for free.

Rakuten TV is available in 42 countries and forms part of Rakuten, Inc., one of the world’s leading internet services companies, offering a wide variety of services for consumers and businesses, with a focus on e-commerce, fintech and digital content. Rakuten, headquartered in Japan, is also known for its partnerships with FC Barcelona, the NBA, the Golden State Warriors, Davis Cup and Spartan Race.