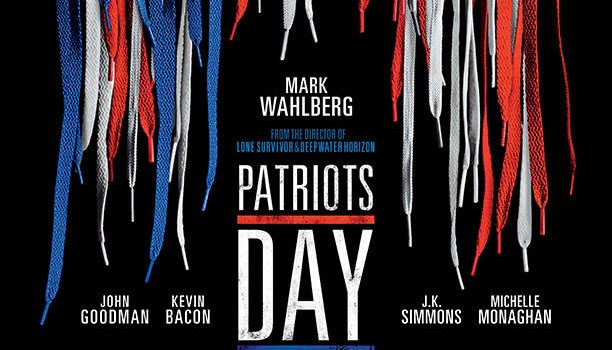 There’s something engaging about Peter Berg and his latest movies brought to the screen that has made him one of the most underrated directors...

There’s something engaging about Peter Berg and his latest movies brought to the screen that has made him one of the most underrated directors around at present. With Lone Survivor he presented a hellish scenario of blood and bullets, and most recently he gave us Deepwater Horizon, a film of sheer tension and drama highlighting the world’s biggest oil disaster. Now he tackles another real-life event that staggered the world in Patriots Day, and it too looks to be a film that will tug at the heart strings and give us a true sense of humanity and togetherness.

Fronted by Mark Wahlberg and including a stellar cast consisting of J.K. Simmons, John Goodman, Kevin Bacon and Michelle Monaghan, Patriots Day looks every bit the film to leave a tear or two running down the cheek and portraying the strength of human nature and love. This is beautifully represented in the latest trailer for the film, backed by beaming critical reception quotes and featuring some powerful words and imagery, it certainly strikes as being a movie not to be missed.