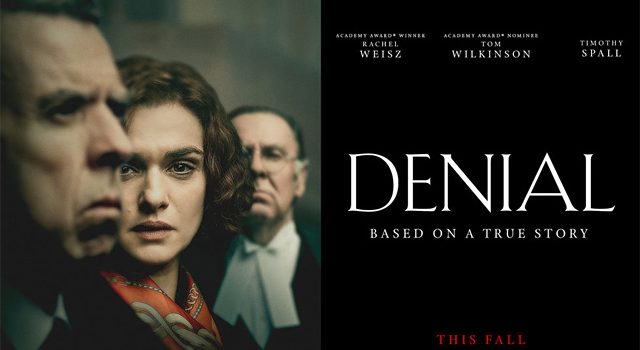 Rachel Weisz is well and truly back, and this time around she's up against Timothy Spall in drama, Denial.

Rachel Weisz is experiencing somewhat of a resurgence of late and, in truth, it’s nothing but a positive thing for us, the audience.

This time around, she’s going head-to-head with another figure of acting prowess in Timothy Spall in a true story about two individuals pitted against one another in their beliefs of the Holocaust.

You can check out the new trailer and poster below.

Based on the acclaimed book Denial: Holocaust History on Trial, Denial recounts Deborah E. Lipstadt’s (Academy Award® winner Rachel Weisz) legal battle for historical truth against David Irving (BAFTA nominee Timothy Spall), who accused her of libel when she declared him a Holocaust denier. In the English legal system, in cases of libel, the burden of proof is on the defendant, therefore it was up to Lipstadt and her legal team led by Richard Rampton (Academy Award® nominee Tom Wilkinson), to prove the essential truth that the Holocaust occurred.