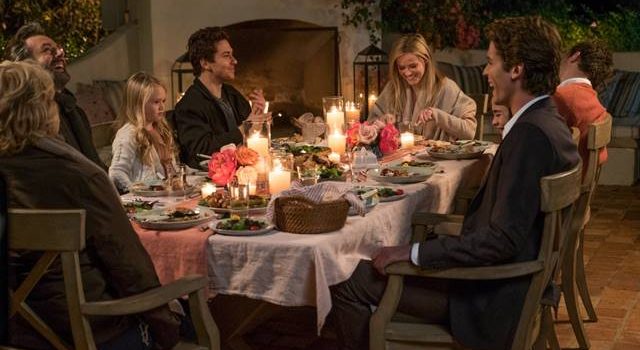 Reese Witherspoon looks to be back on her comedy A-game as the latest trailer for her upcoming movie, Home Again, is released with laughs...

Reese Witherspoon looks to be back on her comedy A-game as the latest trailer for her upcoming movie, Home Again, is released with laughs aplenty being showcased.

With Witherspoon playing a mother who is suddenly thrust into a situation involving a young lover and the return of her ex-husband (Michael Sheen), as well as some extra house guests, Home Again certainly looks like it will be an absolute riot of a romantic comedy.

You can watch the latest trailer for Home Again below.

Home Again stars Reese Witherspoon (Wild, This Means War, Legally Blonde) as Alice Kinney in a modern romantic comedy. Recently separated from her husband (Michael Sheen, Passengers, Nocturnal Animals), Alice decides to start over by moving back to her hometown of Los Angeles with her two young daughters, and struggles to get her fledgling design career off the ground whilst also navigating the family’s new life. During a night out on her 40th birthday, Alice meets three young, charismatic filmmakers (Nat Wolff, Pico Alexander and Jon Rudnitsky) who she decides to take in while they try their hand in Hollywood. An unconventional family dynamic emerges, leading them all on an unexpected journey of discovery.

Produced by Nancy Meyers (The Intern, It’s Complicated, What Women Want, The Holiday) and written and directed by her daughterHallie Meyers-Shyer, HOME AGAIN is a story of love, friendship, and the families we create. And one very big life lesson: Starting over is not for beginners.

Home Again is released in UK cinemas on 29th September.