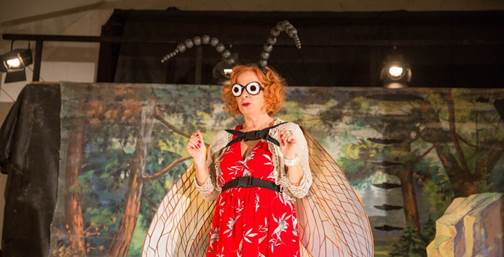 Jan and Zdenek Sverak, the father and son duo behind the Oscar-winning Kolya, will take part in a Q&A screening after Zdenek Sverak’s adaptation of his autobiographical novel set during WWII. Barefoot is the prequel to their Oscar nominated Elementary School. This film is part of the Czech100: Made In Prague Festival.

The London Korean Film Festival has grown from humble beginnings to become one of the longest running and most respected festivals dedicated to Korean cinema in the world.

Three Identical Strangers is having its UK premiere and Centrepiece Gala at Regent Street Cinema as part of the UK International Jewish Film Festival.The screening is followed by a Q&A with director Tim Wardle. In this documentary the identical strangers share their astounding story, which became a worldwide sensation in the early 1980s.

The biggest Russian film & culture event outside of Russia, packed with dramas, documentaries, animations and shorts.

Psychology at the Movies continues at Regent Street Cinema with Crash, the three-time Oscar winner. Crash is a raw and unsettling morality piece on modern angst and urban disconnect glimpsed through the lives of interconnected Los Angeles residents. Followed by a panel discussion about the issues and themes of the film.

Matinee Classics continues bringing more magic to the screen every Wednesday in November with Wonderman, Ball of Fire, Hobson’s Choice, and The Entertainer all at 12noon and 3:30pm.

The monthly Kids Kino Club is showing The Corpse Bride and A Stork’s Journey.

Built in 1848 and housed within the Polytechnic Institution on London’s Regent Street, the cinema was the first in the country to show moving pictures. In 1896, the cinema showcased the Lumière brothers’ Cinématographe to a paying audience, and, as the curtain fell, British cinema was born.

After being used as a student lecture hall by the university since 1980, it was restored into a working cinema featuring a state-of-the-art auditorium as well as an inclusive space for learning, cultural exchange and exhibitions. It is a truly landmark venue for the British film industry in the heart of London’s West End.

The cinema is one of the few in the country to show 16mm and 35mm film, as well as the latest in 4K digital film. It offers exclusive premieres, repertory screenings, retrospectives, documentaries, animation and experimental cinema. You can also experience double bills, showcasing the best of home-grown British talent, world cinema and classic movies in a classic environment.

The University of Westminster has always been at the centre of innovation in film production and cinematography. Many of the university’s alumni occupy prominent roles within the industry. The Regent Street Cinema will provide a platform for film students and professionals to come together and showcase their outstanding work.