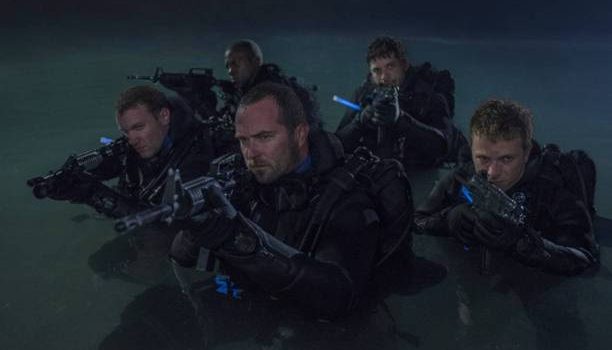 When you’re part of the Navy SEALS, America’s most elite combat unit, every operation is a life and death mission into the unknown; something...

When you’re part of the Navy SEALS, America’s most elite combat unit, every operation is a life and death mission into the unknown; something a group of Renegades are about to discover as they explode into cinemas and on demand from 5th January 2018, courtesy of Signature Entertainment.

When a team of Navy SEALS on assignment in war-torn Europe discover a haul of stolen Nazi gold resting at the bottom of a Bosnian lake they see a chance to rescue the treasure and help out the impoverished locals whose lives have been ripped apart by conflict. As the modern day Robin Hoods attempt to right the wrongs of war, though, they are detected by ruthless enemies and an act of selfless valour becomes a desperate race against time, with the two sides prepared to stop at nothing.

Starring Sullivan Stapleton (TV’s Strike Back, 300: Rise Of An Empire), J.K. Simmons (Whiplash, Patriot’s Day), Ewan Bremner (Wonder Woman, Snowpiercer) and Dimitri Leonidas (TV’s Riviera) and boasting an $80 million budget, Renegades is the perfect action-packed adventure for knocking off those post-Christmas cobwebs and guaranteeing you start 2018 with a bang.