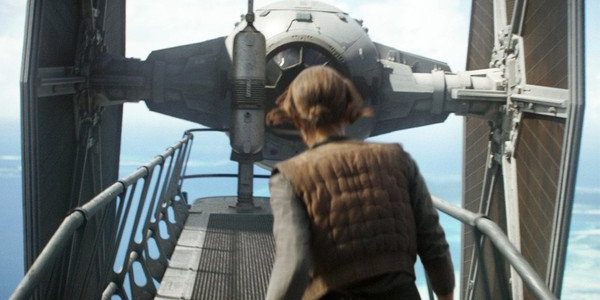 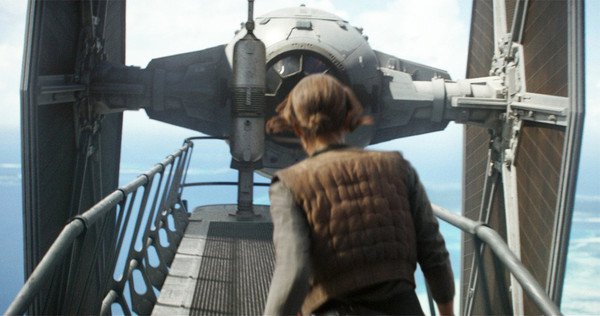 How eagle-eyed were you during Rogue One? Here's a number of moments from the trailers which didn't make the final movie...

Gareth Edwards’ Anthology epic Rogue One: A Star Wars Story is an AMAZING movie. An absolutely enthralling, bombastically entertaining, big-screen extravaganza which evokes the very best of what blockbuster filmmaking can achieve. We gave the film top marks in our official review.

However, having seen the movie, it is evident that a number of moments from the picture’s heavy promotional campaign actually didn’t make it into the finished product. Whether this is any reflection of the well-documented reshoots is up for debate, but eagle-eyed audiences might have spotted a few omissions from the footage provided by Disney and Lucasfilm during the build-up.

Whilst the lack of these moments have zero impact on the film whatsoever – seriously, it is incredible – here’s some of the sequences missing from the final cut. We’re hoping the Blu-ray will be loaded with additional footage…

Warning: this feature contains very limited spoilers, but naturally hints at the narrative of the film

Arguably the core line of dialogue from the original teaser for Rogue One didn’t make the cut. We were introduced to Felicity Jones’ scrappy and steely Rebellion fighter Jyn Erso with this sharp statement: “This is a rebellion, isn’t it? I rebel…”

We see the shiny black of Lord Vader’s helmet from behind as he stands before a red radar screen in the theatrical trailer for the movie, but this sequence was omitted from the movie in the end. Our introduction to the legendary Sith Lord in Rogue One is particularly great however, and his impact on the movie is just glorious.

“I will not kill you”

Jyn and reprogrammed Imperial droid K-2So have a developmental relationship throughout the film, and slight respect for one another begins building on Jedha following an exchange with some Stormtroopers. However one of K-2’s funniest lines in the main trailer – clearly from the Jedha scenes – is nowhere to be seen in the film. “The captain says you are a friend. I will not kill you,” he calls in a sarcastic tone.

Whilst evidence of the Canary Wharf tube station shoots are apparent in Scarif, the big moment from the trailer is missing. We see K-2, Captain Cassian Andor (Diego Luna), and Jyn dashing through the Imperial base as she clutches the Death Star schematic plans. If you’ve seen the movie, you’ll know the process of attaining the plans turns out very differently for these trio of characters.

Krennic In The Carnage

One of the finest images in the original trailer is the sight of Ben Mendelsohn’s Director Orson Krennic coming ashore as he wades through the fiery tides of Scarif; a war-torn land laden with debris and chaos. It is a shame that this one was absent because it looks so damn good. In the movie, Krennic never actually steps onto the beach, rather watches the mayhem unfold from the high safety of the Imperial command centre.

Veteran of the Clone Wars, Saw Gerrera (Forest Whitaker) is essential to the narrative coordination of Rogue One, yet his primary speech in the first teaser for the movie is absent in the finished product. “What will you do when they catch you? What will you do if they break you? What will you become…” he bellows as we exit on that striking image of Jyn draped in Imperial flight gear behind enemy lines (which also didn’t make the movie).

Krennic and Darth Vader share one primary moment together in Rogue One, but it isn’t the scene which the second theatrical trailer suggested. Standing before the Sith Lord, Director Krennic intensely tells him of the devastating magnitude of his super weapon: the Death Star. Balling an aggressive fist he calls: “the power we are dealing with here is immeasurable”. The manner in which Mendelsohn delivers said line is just fantastic.

Jyn vs. The TIE Fighter

Of all the omissions from the promotional footage, many of them are slight dialogue moments, or little flashes which would have been cool, but undoubtedly the biggest, most glaringly obvious one is that incredible final shot from the second trailer. A limping, beaten, yet utterly determined Jyn marches along the Imperial Outpost bridge on Scarif to realign the satellite transmitter before being presented with a foreboding TIE Fighter. It was an instant photo moment; the kind of image that perfectly represents the unbelievable odds the Rebel Alliance are up against. But sadly, this one didn’t make the grade, either. Ho hum.