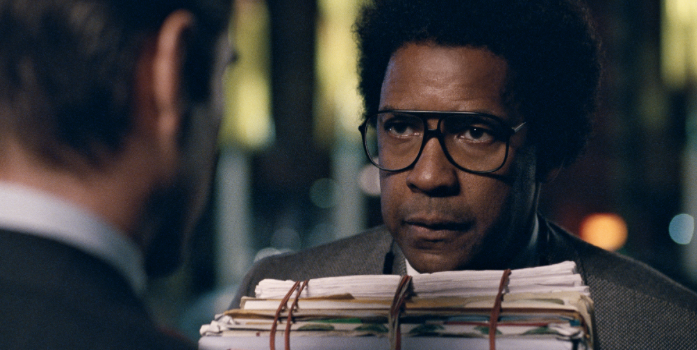 Roman J. Israel Esq. is a dramatic thriller set in the overburdened Los Angeles criminal court system. Denzel Washington stars as a driven, idealistic defense attorney whose life is suddenly disrupted. When he is recruited to join a firm led by an ambitious lawyer George Pierce (Colin Farrell) – and begins a friendship with a young champion of equal rights (Carmen Ejogo), a turbulent series of events ensues which will put the activism that has defined Roman’s career to the test.

Roman J. Israel Esq. has a run time of approximately 1 hour 57 minutes and is rated 12.