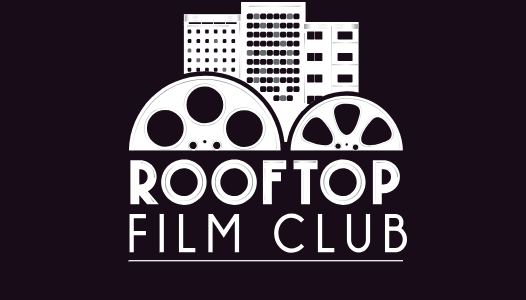 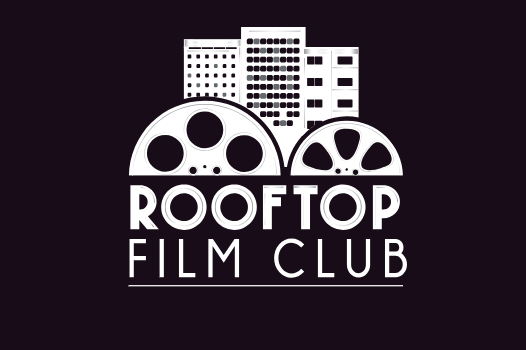 London’s favourite open-air cinema has announced its last sky-high screenings of the season, and tickets are now available to purchase online. After a blockbuster summer full of celebrations and some seriously good sunshine, it’s the last time to reach new heights (at least for a little while), and for this reason, Rooftop Film Club has put on an extra special programme that is sure to excite and entertain visitors at Peckham, Shoreditch, and Stratford – there’s something for everyone on the roof next month.

The September screenings open with a classic at Bussey Building in Peckham! We have a special screening of Casablanca on the 4th, we’re getting in a sepia mood and will be dishing out special tinted sunglasses to make you feel like you’ve truly gone back in time. Capture some perfect black and white moments a la Rick and Ilsa.

If you need more song in your life, a showing of The Greatest Showman over at Roof East will surely satisfy your musical whims on the 6th. On the 12th, grab tickets to Dirty Dancing – not quite a musical, but it’s got to be up there as gifting the world with one of the greatest movie soundtracks of all time (watermelons optional).

The roof isn’t just a musical affair, Rooftop Film Club will also be showcasing comedy classics to get people laughing and, hopefully, momentarily forgetting this is the last month of “Love, Peace & Great Film” for a while… Sad. Dude it up on the roof in Peckham with a screening of The Big Lebowski on 25th and get your gang together for a showing of The Goonies on the 21st. Discreetly need to tell someone something? Take them to a screening of 10 Things I Hate About You on the 9th. Laugh yourself silly at a screening of Anchorman: The Legend of Ron Burgundy. In the words of the great man himself…by the beard of Zeus (you’ll have a great time on the 26th).

This September, is not all about a trip down memory lane, far from it! Rooftop Film Club also has lots of summer hits to offer. Want in on the action? Deadpool 2 on the 12th will surely satisfy lovers of comics and thrilling stunts. On the 14th, get a fill of the family in red as you’ll be stretching your arms for the popcorn at a screening of The Incredibles 2 – and keeping up with the comic theme on 16th September, there’s a screening of the phenomenal Black Panther. The 7th and 8th sees back to back action of Tom Cruise with Mission Impossible: Fall Out and Top Gun. Your mission is to watch as many films as possible this September…should you choose to accept it.

For those who are in the mood to be thought-provoking, Oscar-winning Three Billboards is being played on the last Thursday of the month at Bussey Building. Over at Roof East, follow Red and Andy on their journey to freedom, remembering “a good thing never dies” with a screening of The Shawshank Redemption on the 14th.

Films aren’t all that’s on the menu. In Peckham, the Bussey Rooftop Bar is the ideal spot for drinking in the sunset from 5pm weekdays or 12pm weekends. Food is also on the menu, with Rockadollar offering rooftoppers a yummy selection of burgers and hotdogs with delicious veggie and vegan options.

On Roof East the cocktails are flying off the shelves and are the perfect way to get in gear for all the games at SFG Club, Rooftop Film Club’s adventure playground sister at Roof East, complete with a circus-inspired theme to celebrate 250 years of the Circus.

ROOFTOP FILM CLUB
The ultimate open-air film experience, Rooftop Film Club started as a single rooftop in London’s Shoreditch in 2011 and has now expanded to three London venues and rooftops in LA, San Diego and NYC with more to come in 2018. Sold out crowds enjoy sunset film screenings under the stars using state of the art projectors, high quality wireless headphones, comfy deck chairs and cosy blankets all coupled with the best of London’s street food and drinks served by an award-winning bar team.

BUSSEY BUILDING, PECKHAM RYE
The Bussey building is a Victorian reinforced concrete industrial structure, brick-clad with most of its decorative features on the side facing the railway tracks. It originally acted as advertising for Bussey and Co, the well-known sporting goods manufacturers. George Bussey was an eminent Victorian industrialist and entrepreneur. The factory made cricket bats from its own willow farm in Suffolk. There are magnificent views of central London from the three roofs. The factory was, when it was built, one of Peckham’s tallest buildings.

Roof East is managed and operated by Urban Space Management Ltd, a company with a proven track record for creating interesting and unique destinations such as Camden Lock, Spitalfields Market, Gabriel’s Wharf and Trinity Buoy Wharf. The project is supported by The Mayor of London Pocket Park Funding, The Stratford Renaissance Partnership, Stratford Rising and London Borough of Newham.

QUEEN OF HOXTON, SHOREDITCH
The Queen of Hoxton rooftop terrace is now a celebrated and integral part of the Shoreditch skyline, and its twice-yearly seasonal transformations are eagerly anticipated by Londoners who want to snuggle up with us in the winter or lounge in the urban heat during summer. This year it will be transforming into a futuristic Las Vegas, under the name Lost Vegas. The year is 2030, a time where nature has reclaimed much of Las Vegas following an uprising by a group of eco-warriors. Visitors will also be able to take part in a number of talks on sustainability and the environment.