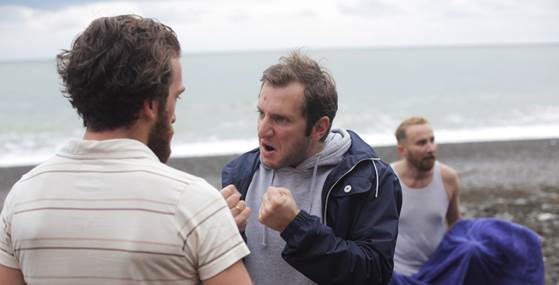 The below titles screenings at Regent Street Cinema

The Russian Film Week is a relatively new festival which has grown tremendously in the last two years, bringing over the crème de la crème of Russian filmmaking to the UK and more than 100 filmmakers and film stars for Q&As and masterclasses. This year‘s line-up at Regent Street Cinema is even more spectacular, with a special focus on the young filmmakers’ feature-length debuts, dubbed by some as the Russian New Wave.

The festival runs from 26 November to 2 December and includes the following titles screening at Regent Street Cinema:

HOSTAGES. IT WAS IMPORTANT TO UNDERSTAND / 30 November / 3pm

A documentary about the shooting of the film Hostages and the tragedy in Georgia in November 1983, when a group of youngsters from elite Georgian families tried to hijack an aircraft in order to escape from the USSR. The film involves live witnesses and participants of those events, as well as the creators of the film Hostages, who are trying to comprehend and get through the national tragedy of their people 35 years after what had happened.

Followed by a Q&A with director Elena Slatina

Having miraculously survived in a mass execution of the Jews in her village Anna, a 6-year-old, hides for months in a disused chimney at a Nazi Commandant’s office.

From her shelter she watches the life passing her by with only the memories from the life swept away by the war and an unlikely friend to save her from loneliness.

Followed by a Q&A

A lady-in-waiting tells the Tsar Alexander II a metaphysical story about a 13th century prince who is killed in the woods under mysterious circumstances.

The fairy tale characters who have witnessed the terrible death, all share their versions of the events, gradually shedding light on what had really happened.

Based on Ryunosuke Akutagawa’s story In a Grove.