Saint Tropez Movie Trivia: Which Films Made St Tropez Famous? We all know St-Tropez for its golden-sand beaches, glamorous restaurants and old-school charm. One...

We all know St-Tropez for its golden-sand beaches, glamorous restaurants and old-school charm. One of the coolest destinations on the Cote d’Azur, thousands flock here every summer to live la vie en rose with a chilled glass of rosé in hand. But how did it get so famous? Below, we dive into Saint Tropez movie history to find the films that made this French Riviera hotspot an icon. 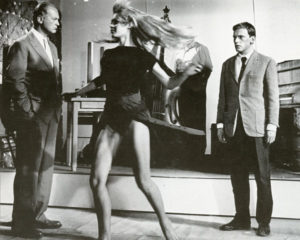 It would be impossible to talk about St-Tropez without mentioning the film that is renowned for drawing A-Listers and jetsetters to the area. When Brigitte Bardot arrived in St Tropez in 1950 with her husband-of-the-time Roger Vadim, it was a fairly unknown and sleepy little seaside town. They made this Saint Tropez movie, and the area blew up!

The film follows a love triangle between Bardot and two brothers – one of whom is in love with her, and the other who she desires. However, most importantly, it features lots of shots of Bardot frolicking on Plage de Pampelonne, instantly elevating the beach to legend status. Rumour has it that the illustrious Club 55 beach club was first set up by the film crew as a place for the cast and production team to eat and unwind – it has remained a hub of Saint-Tropez ever since.

One movie that really portrayed the relaxed glamour of St Tropez was Bonjour Tristesse. We meet 17-year-old Cécile and her rich, playboy father Raymond, whose relaxed livelihoods are threatened when family-friend Anne comes to stay at their luxurious chateau. To fight this, Cécile conjures up a plot to take Anne down. Despite the title translating as Hello Sadness, the movie has some stunning shots of the blue skies and golden sands of the French Riviera, giving anyone who watches it – even today – an immediate urge to rent a villa in St. Tropez. 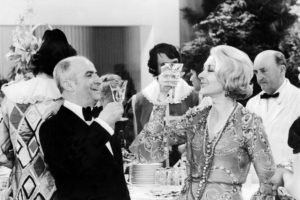 Les Gendarmes de St Tropez (translating as the Troops of St Tropez) is an extremely popular French comedy from the early 60s, featuring a policeman who is reassigned to this pretty town from a small village. With a runaway daughter and group of nudists threatening to disturb the seaside spot, gendarme Ludovic Cruchot’s problems always ensure hilarity for the viewer. The movie highlights many gorgeous parts of St Tropez, but the building that gets the most airtime is – unsurprisingly – the old police station, which has now been transformed into the Musée de la Gendarmerie et du Cinéma.

It may come as a surprise to some that this musical fantasy film has some scenes in St Tropez, with the bulk of the film set in rural England, but when it comes to beaches it’s no secret that the Cote d’Azur does it best. That’s why, when the directors of Chitty Chitty Bang Bang wanted to find a sunny stretch of sand at which to film a key part of the film – where the ‘grand adventure’ begins – they chose Cap Taillat. Chitty Chitty Bang Bang follows the story of two inquisitive children and their inventor father, who restore an old and seemingly magic sports car to its former glory. As they enjoy the trip of a lifetime, viewers enjoy some seriously enticing shots of St-Tropez. 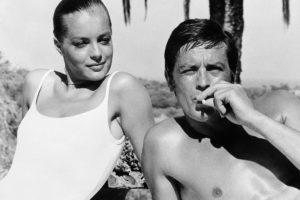 Featuring the beautiful Cimetière Marin de St Tropez for some of its pivotal scenes, La Piscine was responsible for bringing many visitors to this chic town. When a couple – Jean-Paul and Marianne – are visited by Marianne’s former lover Harry and his daughter, romantic tensions run high leading to a dramatic climax. A cult classic, La Piscine was remade in 2015 by the name A Bigger Splash, renewing its poignancy for a new generation.

As well as visiting the spots that feature in these films, Saint Tropez movie buffs can also pay their respects to the grave of Roger Vadim, the director of And God Created Woman, who was buried in this cemetery upon his death in 2000.