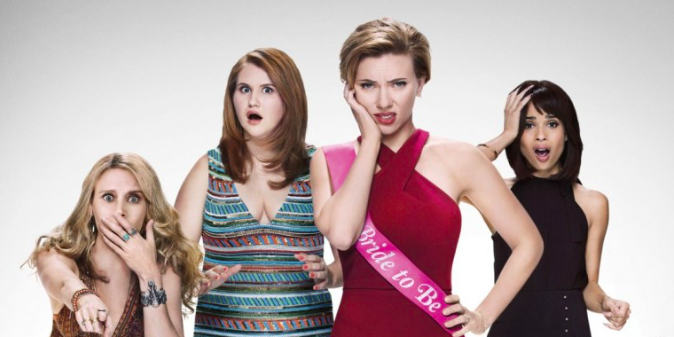 Starring Scarlett Johansson, Zoë Kravitz, Kate McKinnon, Jillian Bell, and Ilana Glazer, the raunchy new flick follows five friends whose bachelorette party takes a dark turn when they accidentally kill a male stripper and have to cover it up.

This trailer is of the green variety, meaning it doesn’t carry any of the previously seen NSFW content, but there are still plenty of laughs to be found without all the profanity and murder. Check it out below…

In Rough Night, an edgy R-rated comedy, five best friends from college (played by Scarlett Johansson, Kate McKinnon, Jillian Bell, Ilana Glazer, and Zoë Kravitz) reunite 10 years later for a wild bachelorette weekend in Miami. Their hard partying takes a hilariously dark turn when they accidentally kill a male stripper. Amidst the craziness of trying to cover it up, they’re ultimately brought closer together when it matters most.

Rough Night swaggers into UK cinemas on 25th August, and hits US theatres in June.