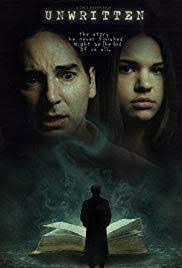 Written, and directed by Dale Neven, ‘UNWRITTEN’ follows Albert (Burrafato), an agoraphobic, failed writer who lives in a used bookstore. He becomes convinced that a mysterious customer is actually the villain from a story that he never finished writing. When no one believes him, he is forced to overcome his fears in an attempt to save, his estranged daughter and also the world. But is this character real or only a figment of Albert’s imagination?

‘UNWRITTEN’ releases on-demand and all digital platforms on May 21, 2019.