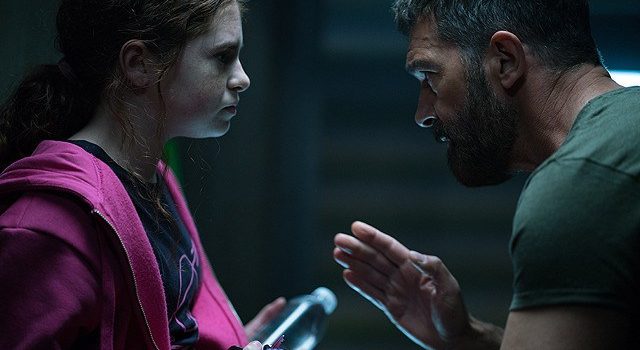 A stellar cast leads the gripping edge-of-your seat thriller Security, available on DVD and Digital Download on July 3 from Arrow Films. Starring Antonio Banderas (The Mask of Zorro, Once Upon A Time in Mexico, Shrek) as a down-on-his-luck security guard and Sir Ben Kingsley (Iron Man 3, Shutter Island) as the psychopathic criminal he’s up against, Security is a spectacular and explosive ride guaranteed to thrill action fans.

An ex-special services veteran (Banderas), down on his luck and desperate for work, takes a job as a security guard at a run-down mall in a rough area of town. On his first night on the job he opens the doors up to a distraught and desperate young girl who has escaped and fled from a hijacking of the Police motorcade that was transporting her to testify as a trial witness in a big case. Hot on her heels is psychopathic hijacker (Kingsley), alongside his resourceful henchmen, who will stop at nothing to extract and eliminate their witness.