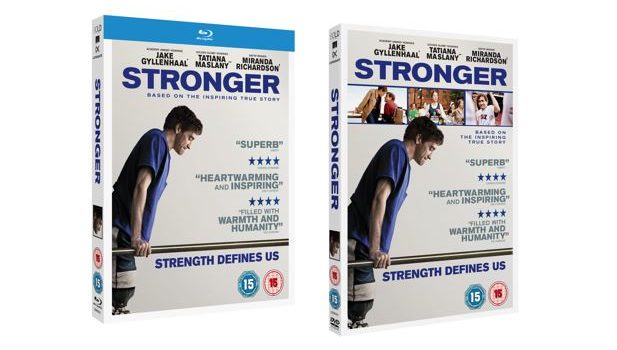 Based on the New York Times Bestseller by Jeff Bauman, Stronger comes with never-seen-before bonus content including a special feature ‘Faith, Hope and Love: Becoming Stronger’. Filled with powerful emotion, and strength, Stronger is one man’s inspirational journey of courage. Bring home Stronger, as it becomes available to own on Digital Download from 2nd April and DVD & Blu-ray from 9th April.

Inspired by a true story and based on the New York Times bestseller, Jake Gyllenhaal stars as the working-class Boston man whose iconic photo from the 2013 Boston Marathon bombing captured the hearts of the world. Stronger is the deeply personal account of the heroic journey that came after that photo – defining a man’s inner courage, a community’s pride, a family’s bond and an unexpectedly tenacious love.

Filled with raw emotion, humanity and humour, Stronger is the inspirational real-life story of the man who became the living embodiment of ‘Boston Strong.’ The film also stars BAFTA Winner Miranda Richardson and Golden Globe Nominee Tatiana Maslany and is directed by David Gordon Green.