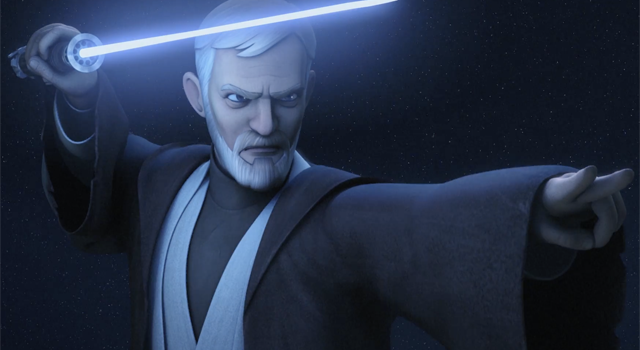 Ahead of Season 3's dramatic return this weekend, check out this incredible new trailer for Star Wars Rebels!

We at Filmoria love Star Wars Rebels; Disney XD’s exhilarating animated offering which bridges the gap between Episodes III and IV via Rogue One. Following the dramatic midseason finale back in December, the show is set to return this Saturday (7th January), and to celebrate, the good folks at Lucasfilm have unleashed an incredible new trailer.

Featuring plentiful glimpses at Sabine with the Darksaber, Grand Admiral Thrawn’s diabolical attack, Saw Gerrera’s arrival, and even Obi Wan Kenobi, it is impossible for any Star Wars fan not to become giggly with glee at this stunning promotional piece. Check it out below.

Stick with Filmoria for all your Star Wars Rebels and Star Wars coverage, and May The Force Be With You!