Super Fowlst is out now, for free download on the App Store for iPhone and iPad! 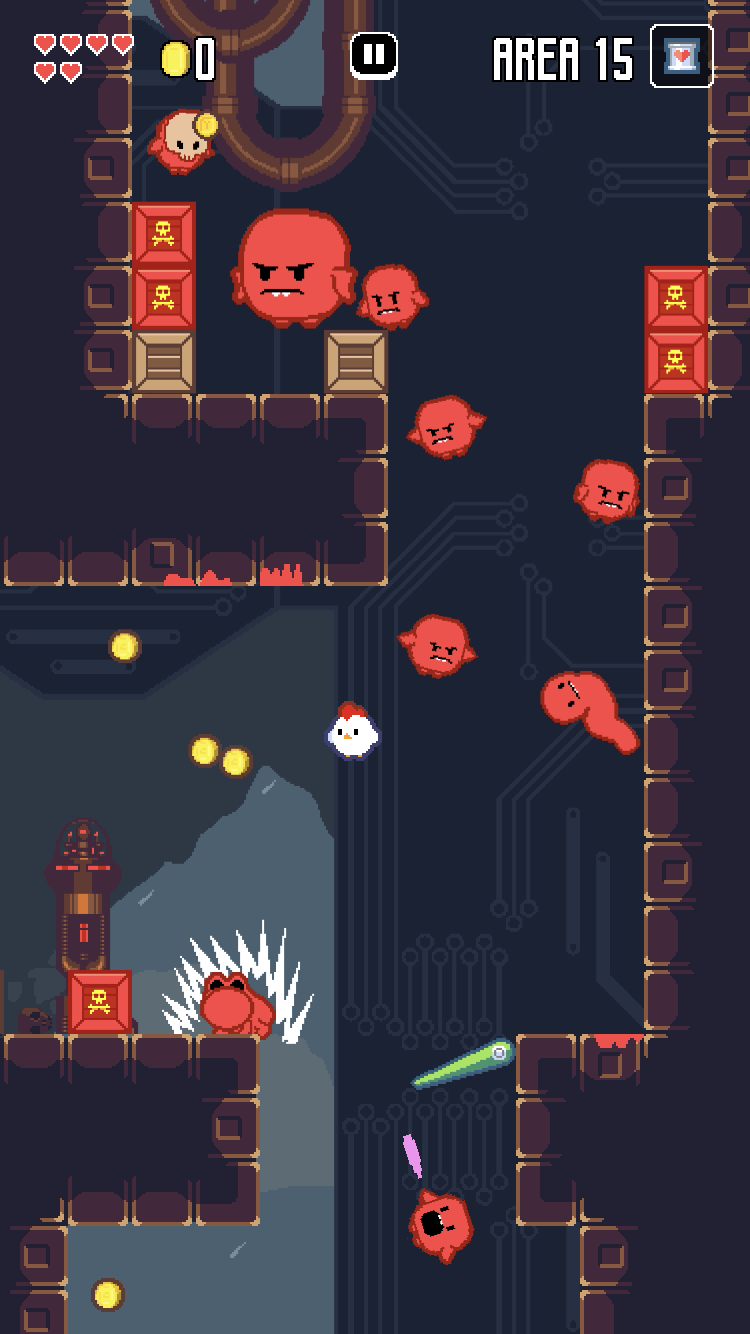 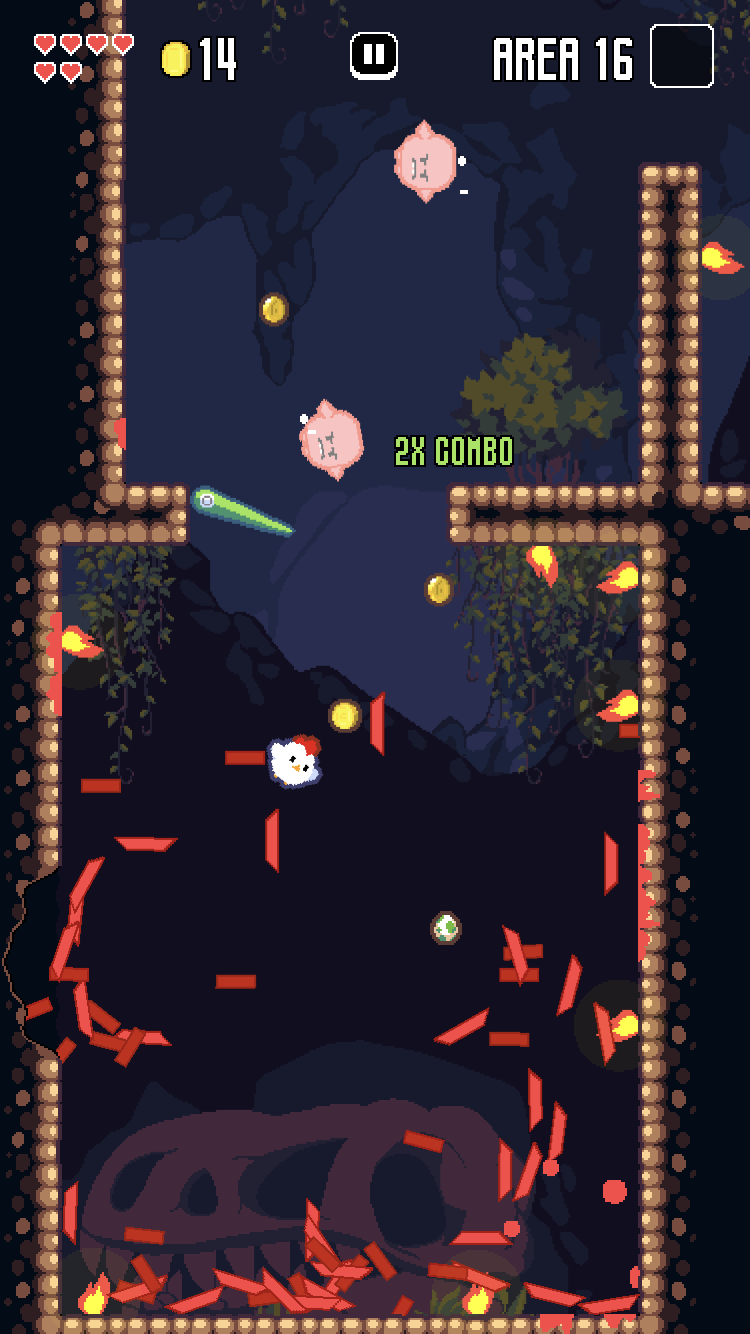 Super Fowlst is an an action game about dodging bullets, squishing monsters and grabbing loot. It’s the sequel to last year’s Fowlst, which was featured as Game Of The Day on the App Store and as an Editor’s Pick on Google Play.

The world has been overrun by demons and there’s only one chicken that can stop them. How? By smashing into them head-first. Why? I’m not sure.  There’s sprawling stages to conquer, huge bosses to defeat, and all manner of gadgets and gizmos to interact with. Trade your treasure for cool powers like egg bombs and rockets so you can really show those demons who’s boss! 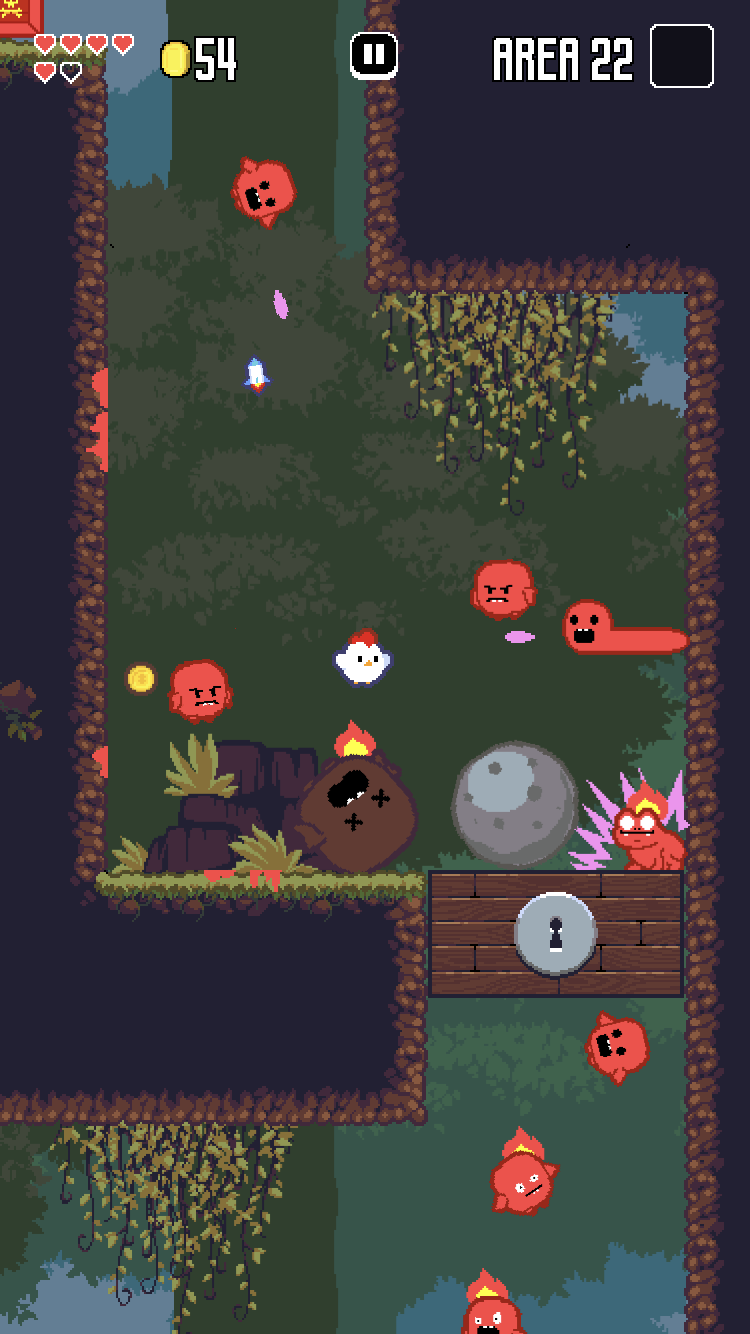