A Film by:
MARLEY MORRISON 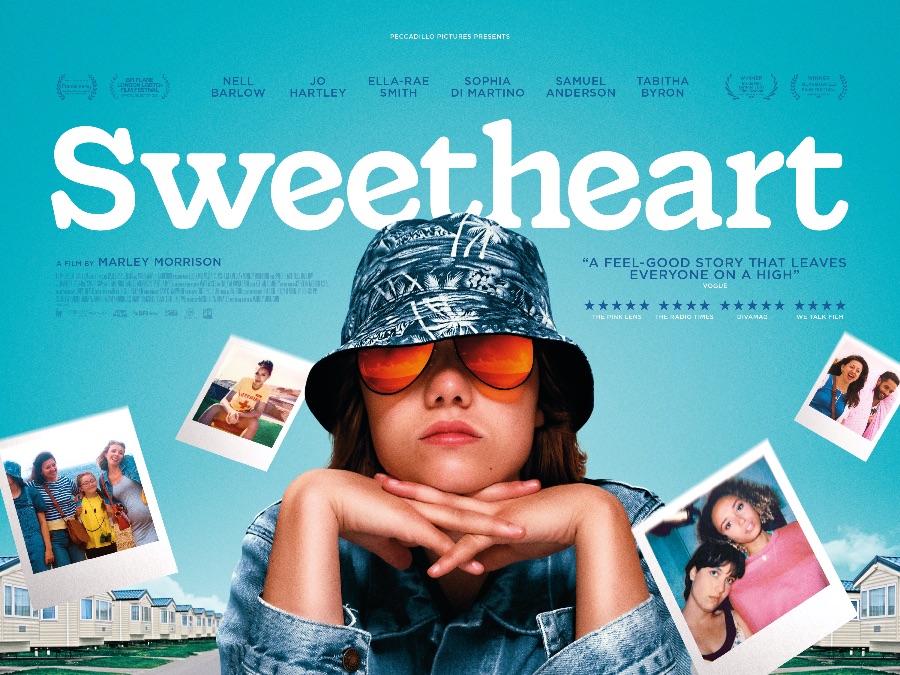 No 17-year-old dreams of spending a week with their family in a British Seaside Holiday Park. For socially conscious AJ (Nell Barlow) planning a gap year trip to knit jumpers for elephants is much more appealing. Yet, she finds herself on a four-hour car journey to the Dorset coast with her mum Tina (Jo Hartley, This is England) and little sister Dayna. Her mum determined to spend quality time with her little sweetheart before she flies the nest.

Joined by pregnant sister Lucy (Sophia di Martino, LOKI) & her boyfriend Steve (Samuel Anderson, The History Boys, Doctor Who), AJ expects this to be ‘a week of hell’. That is, until she lays her eyes on the resident lifeguard Isla (Ella-Rae Smith) who might just be the girl of her dreams.

Marley Morrison’s debut SWEETHEART captures the ups and downs of first love against the backdrop of the quintessential British family holiday.

The film was commissioned through the Film London’s Microwave scheme backed by the BFI (using funds from the National Lottery) and BBC Films and produced by Hazey Jane Films.